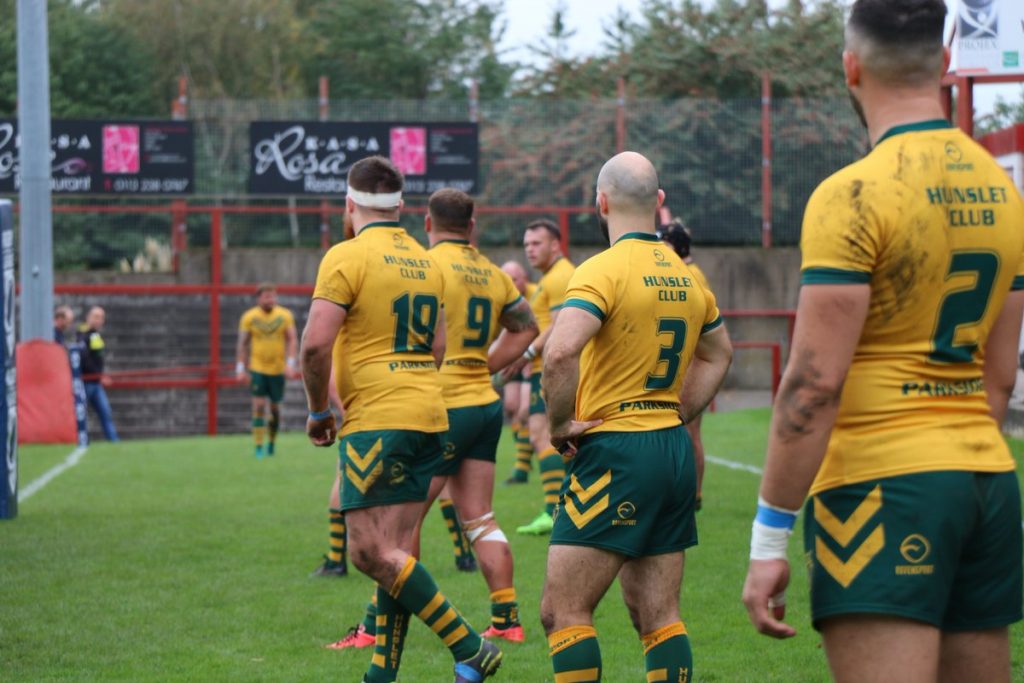 Their opponents in the Grand Final will be the winners of West Hull who now get a second bite of the cherry on Saturday when they face Cumbrian side Egremont Rangers who defeated Underbank Rangers in the second Qualifying Semi Final.

South Leeds’ most successful sports team are now just one game away from a near faultless season. The top team in their first season in the NCL Premier Division – winning all 22 league games and finishing 14 points ahead of the second and third placed teams West Hull and Thatto Heath Crusaders, Hunslet Club Parkside only once experienced defeat in a close Challenge Cup tie away to professional opposition at Workington Town.

The only try scorer on Saturday was second row forward Ben Shulver who drove over the try line just after half time to give the home side a lead which they then successfully defended to earn their Grand Final berth. Scrum half Danny Rowse scored the other five points with two goals and a drop goal.