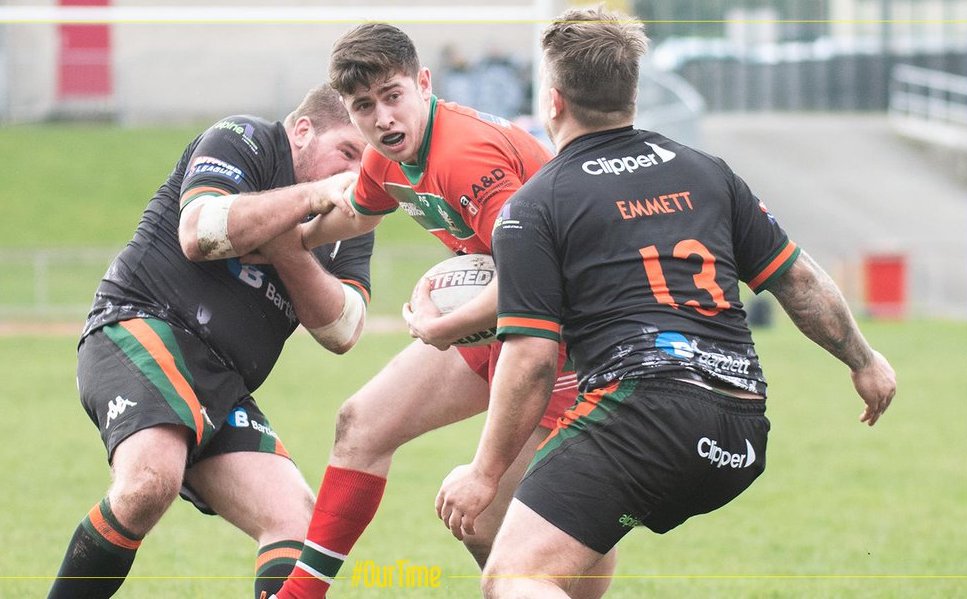 Hunslet RLFC remain top of the Betfred League 1 after an impressive win in Wrexham this afternoon (17 March 2019).

Josh Tonks opened the scoring crashing over from close range following a penalty after 10 minutes, Reece Dean kicked the extras as Hunslet took a 0-6 lead.

Dean kicked a penalty goal on 18 minutes and had a second opportunity two minutes later but could make the kick. However he did convert Gareth Potts’ try three minutes later, extending the Parksiders lead to 0-14.

Hunslet kept up the pressure, but on the half hour they lost the ball as they approached the Crusaders line. Sam Freeman took the ball and ran 90m to score for North Wales, but he failed to convert his try: 4-14.

Early in the second half Dean added another penalty for Hunslet following a high tackle. North Wales then had a good period of possession, but were thwarted by Hunslet’s dogged defence and good game management, repeatedly finding touch when kicking at the end of their set.

On 66 minutes Jack Lee scored under the posts, and with Dean’s conversion took Hunslet’s lead to 6-22.

The Crusaders scored again five minutes from the hooter when Elliott Jenkins collected a kick to score. Sam Freeman converted the try, but Hunslet saw out the match to win 12-22.

Next week (Sunday 24 March) Hunslet entertain Coventry Bears at the South Leeds Stadium. Kick off is at 3pm, tickets cost £15, £10 concessions, under 16 are free.