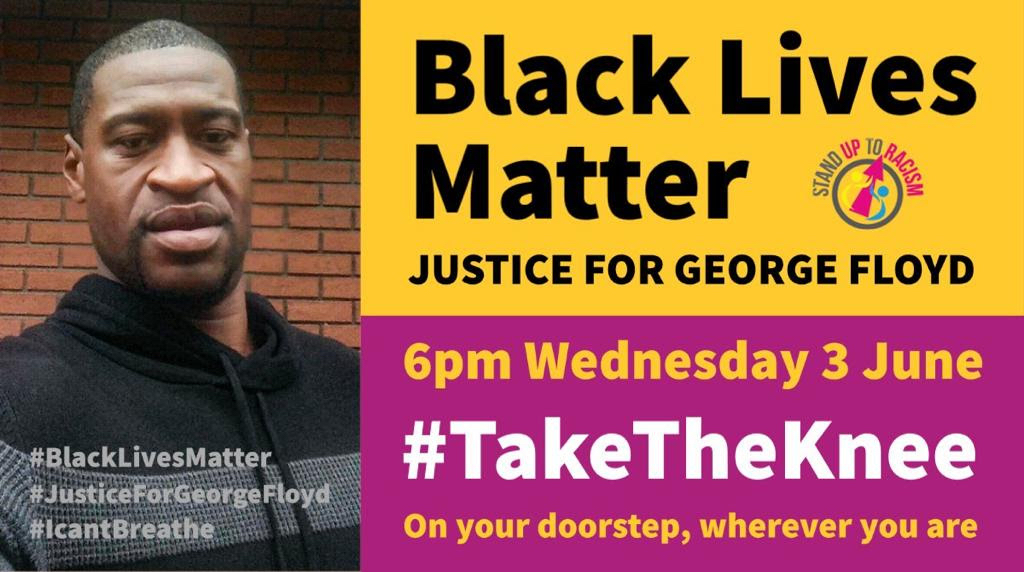 This evening (Wednesday 3 June 2020) at 6pm Stand Up To Racism calls on people to “take the knee” (ie kneel down on one knee) on their doorsteps or wherever they are. This is part of a day of action in solidarity with the #JusticeForGeorgeFloyd #BlackLivesMatter movement and to highlight the disproportionate BAME deaths in the Covid19 crisis in the UK.

The UK has one of the worst death tolls in the world. Around 34 per cent of those that died were from Black, Asian and Minority Ethnic communities (BAME). According to the Financial Times (FT) cautious estimate, 64,500 people have died, much higher than the government’s figure. That means around 21,000 people from BAME communities have died in the last 10 weeks.

That’s why Diane Abbot MP and Stand Up To Racism are calling for an independent public inquiry into disproportionate BAME deaths.

#TakeTheKnee wherever you are on Wednesday 3 June at 6pm. Strictly socially distanced protests will be taking place locally.