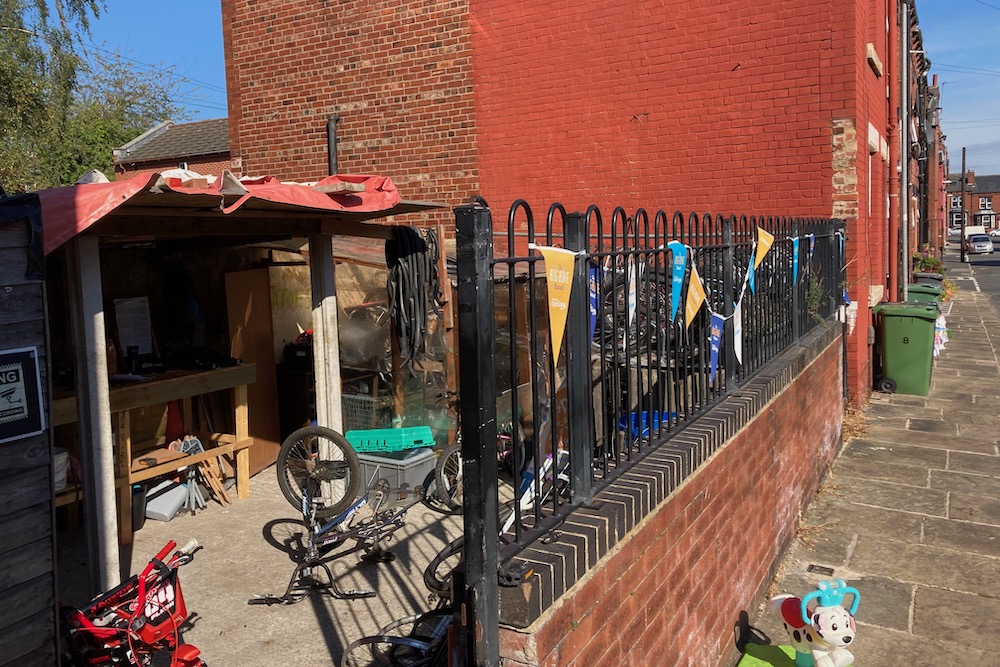 Leeds City Council in partnership with Our Future Beeston are offering residents on Beeston Hill the opportunity to take over the management of the gated bin yards under council responsibly – with the aim of transforming them into useful community spaces for the local area.

“We’ve spent over £140,000 to either convert bin yards into shared bin spaces or gated others off to prevent fly-tipping. But with a lack of green spaces on Beeston Hill, we’re really keen to work with residents to bring gated bin yards back into community use.”

Hunslet and Riverside Ward Councillors Nash, Iqbal and Wray will be writing to residents on the streets with gated bin yards under council control and inviting expressions of interest from residents to take them over.

Those residents interested will receive support from Our Future Beeston – who are part of the National Lottery funded Climate Action Leeds – to help them develop their ideas of how to use these spaces and create the support structure needed to maintain them,

“This is a really exciting opportunity for residents to work together to create additional green space on Beeston Hill, many thanks to Councillors Nash, Iqbal and Wray for their enthusiasm and support.”

Residents granted use of the council owned or managed gated bin yards would need to agree to a ‘good usage agreement’ to ensure any community use had no impact on waste storage or caused other issues. Should this happen – the council would have the right to restrict access to the bin yard once again.

“We hope never to need to use those powers as we want this to work, but we also need to ensure the bin yards don’t become an issue again – it is very much a fallback position as a last resort.”

Future planned collaborations with Our Future Beeston in the ward will also include designing a tool kit for people wishing to install planting arrangement to the front of their homes on the terrace streets with no gardens.