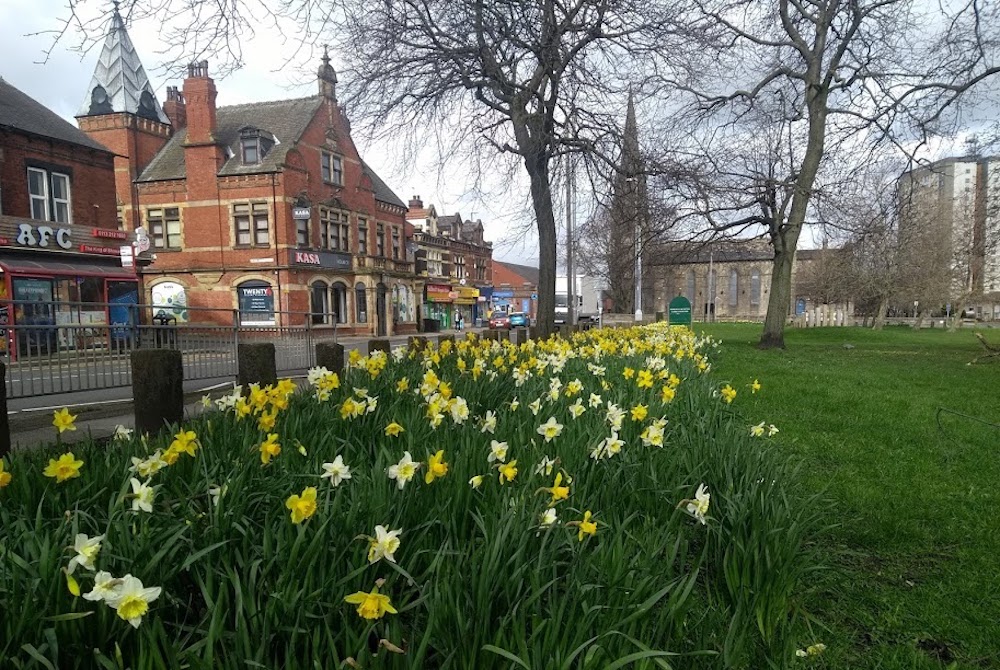 Grand designs for the future development of Temple Works and St Matthew’s Community Centre were discussed at the latest Holbeck Neighbourhood Forum meeting on Saturday (14 March 2020).

Following the news that £25 million of government funding could be made available to bring a British Library North to Temple Works, the representative of property developers CEG, Carolyn Lord, hailed the project as “good news for Holbeck” and “a chance to save Temple Works”.

Two years of analysis have revealed that “the building shouldn’t be standing” and three years of stabilisation engineering work is required to prepare it for its potential new role, said Lord.

Drones and robots have been used for analyses as it is too dangerous for staff to enter. The building is not weather-proof or stable, while the cast-iron bars supporting it are brittle, she added.

However, she was “optimistic” that the work could be a success and that the Grade I listed building would a “focal point for community outreach”, with the roof lights and Egyptian facade set to be retained.

A new office block with 38,000 square feet of space is scheduled to be constructed on Globe Road and Water Lane by the end of March to “get Holbeck on the map” for high-quality office space as part of a long-term plan to develop 27 acres of Holbeck in partnership with Leeds City Council.

The ‘Forging Futures’ apprenticeship scheme, which offers skills training for ex-offenders and young people, has been running at Kirkstall Forge and could also be brought to Holbeck, Lord added.

Architect Nick Brown talked about the Ironworks development on David Street, which will see 409 apartments in about two months and 57 owner-occupier apartments by summer 2021. It is being built by igloo Regeneration.

Midland Mills, a Grade II listed building off Water Lane, is to be refurbished with a 33-storey residential tower built on the site containing 1,500 residential units within the next two to three years. 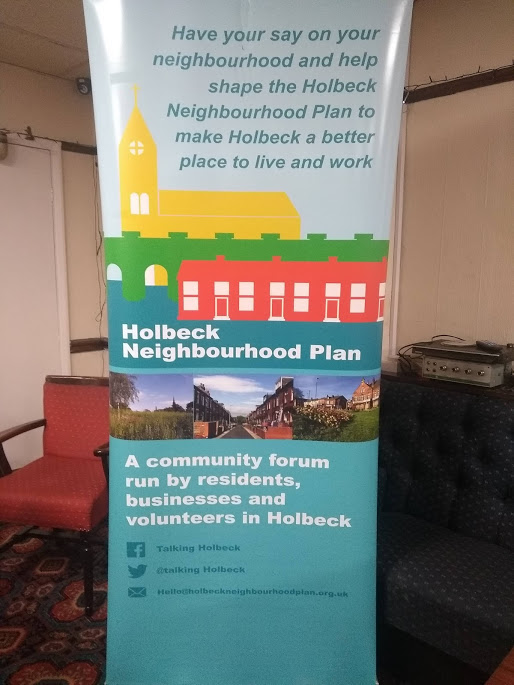 Bryony Redwood-Turner from Holbeck Together outlined the development of St Matthews Community Centre, which aims to keep historical elements and amplify them with a modern design.

There are plans for a library, permanent cafe, community and commercial kitchens and rooms for community groups while retaining the open area to preserve the historic stained-glass window. Adding to the first floor with a glass bridge would be part of “reinterpreting the old” and “keeping original features, brought forward”.

“For a community that’s been challenged by so many things, keeping that positive identity is really important”, said Redwood-Turner.

Recurring problems around illegal parking and derelict properties such as the Bull’s Head were also brought up.

“We get stuff dumped into Holbeck that wouldn’t be allowed anywhere else”, claimed chairperson Dennis Kitchen.

Illegal parking continues to blight local residents, with several people complaining about the lack of action taken against illegally parked vehicles. Treasurer Anne Hopper, for example, uses a mobility scooter to get around and faces huge problems when cars obstruct pavements and dropped kerbs.

The idea of creating vehicle-free play streets in the Recreations to make them look and feel better was also broached as the meeting wrapped up.

Summing up the meeting, Kitchen said:

“With the difficulty of the [coronavirus] situation at the moment, we weren’t sure how many people were going to turn up. It was a good meeting. We didn’t have millions but the people who came were engaged.

“It’s working in partnership with people and once we keep doing that it builds up relationships. You get more done when you’re working together than individually.”