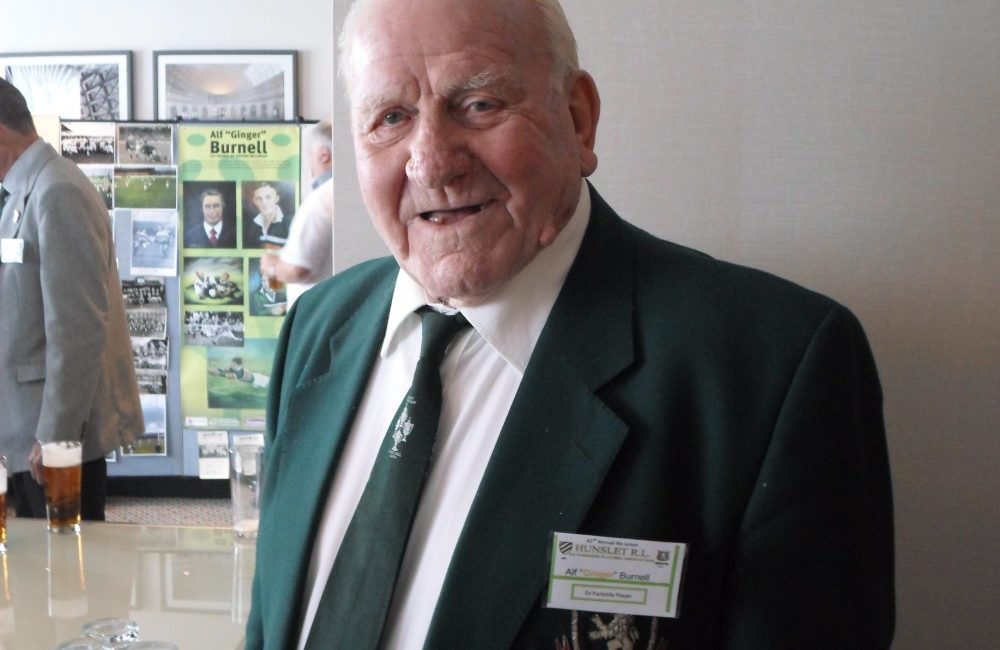 A HERO for Hunslet on the rugby league pitch and as a submariner during the Second World War, Alf ‘Ginger’ Burnell has died, aged 95.

Remembered as one of the sport’s most talented half-backs in the immediate post-war period, Burnell was a member of Hunslet’s hall of fame.

He agreed terms with the south Leeds club shortly before the outbreak of hostilities and, though his career was interrupted by the war, went on to play 351 times for Hunslet until his retirement in 1958.

At representative level he made five appearances for Yorkshire, helping them to the County Championship title in 1946 and was capped four times by England – twice each against Wales and France.

He also played in three Tests, all on the winning side, for Great Britain against New Zealand, twice in the 1951 home series – including the first rugby league match to be televised – and at Carlaw Park three years later.

After hanging up his boots he ran three pubs in Leeds, the Red House, the Drysalters and the Spotted Cow and also became known as a gifted artist.

Once allegedly told “You’re no Leonardo da Vinci, are you?” by an armchair arts critic, he famously replied: “Happen not, but I was a sight better bloody scrum-half than he was.”