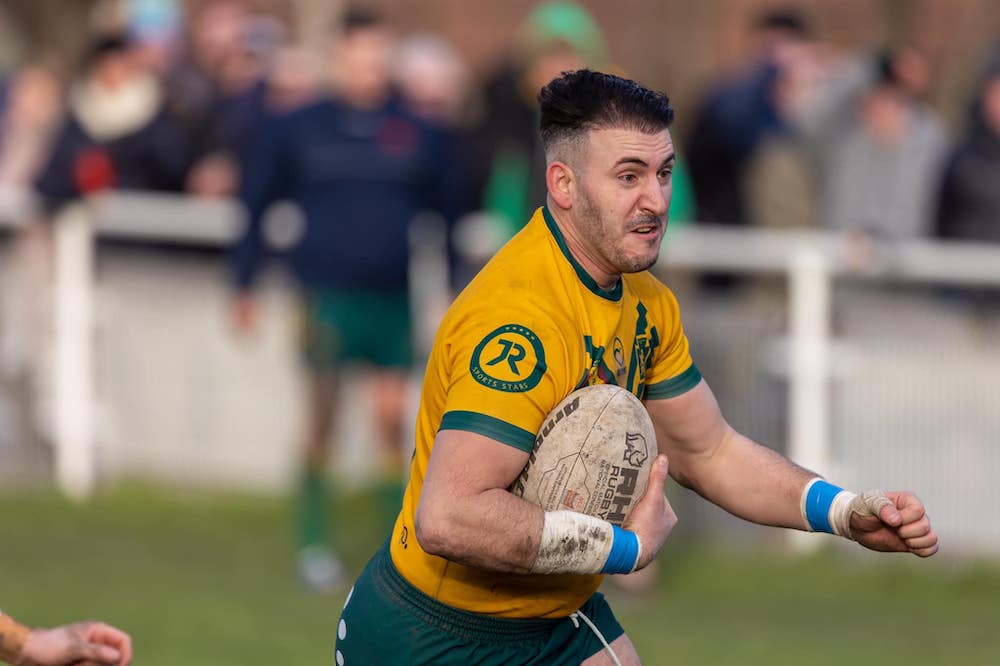 The opening Round of the NCL Premier Division 2022 season saw Hunslet Club Parkside make the long journey north-west to take on Cumbrian opponents Egremont Rangers at their picturesque Gillfoot Park ground yesterday (5 March 2022). A resounding 28–0 victory made it an excellent start to the new league season.

Four Betfred Challenge Cup ties had provided a tough “pre-season” for Parkside who, by way of contrast, were playing against a side with just two friendlies played against local teams behind them.

The previous weekend’s tough 4th Round Cup tie against Sheffield Eagles resulted in a number of injuries that saw the Old Boys go into this week’s game shorn of the services of Jamie Fields, George Clarke, Danny Lidbury and Liam Thompson, but strength in depth within the camp meant that the players brought in all served the cause well.

A five try to none victory began with wing Will Cohen crossing in the corner in the 12th minute. The first 40 saw two more tries to the visitors going to Ritchie Westwood and Connor Squires, both converted by Andy Hullock for a healthy 16 – 0 half time lead.

The second half saw Ritchie Westwood go over for his second try on 56 minutes with Hullock again converting and on 71’ centre Omar Alrawi adding the final try following the sin binning of Egremont’s Pat Wells for a high shot. Hullock’s fourth successful conversion bringing the final score to a handsome 28-0 victory for the team.

Captain Ben Shulver was happy with the win, but thought there was more to come from the team:

“Yes I think that was a really good result, especially coming on the long journey up here and it being the first League game of the season. It’s always good when you ‘nil’ the opposition and I still feel we had a few gears left in us!”

Round Two of the NCL Premier Division 2022 season sees The Old Boys on home soil next Saturday afternoon when the opposition will be St Helens outfit Thatto Heath Crusaders.

Kick off is 2:30pm and admission is just £3. Why not get down to Station Moor on Beza Street opposite the Gardeners Arms and show your support!

Special thanks to Hunslet Club Parkside Secretary Paul Thorpe and Egremont Rangers twitter feed for inputs into this report.