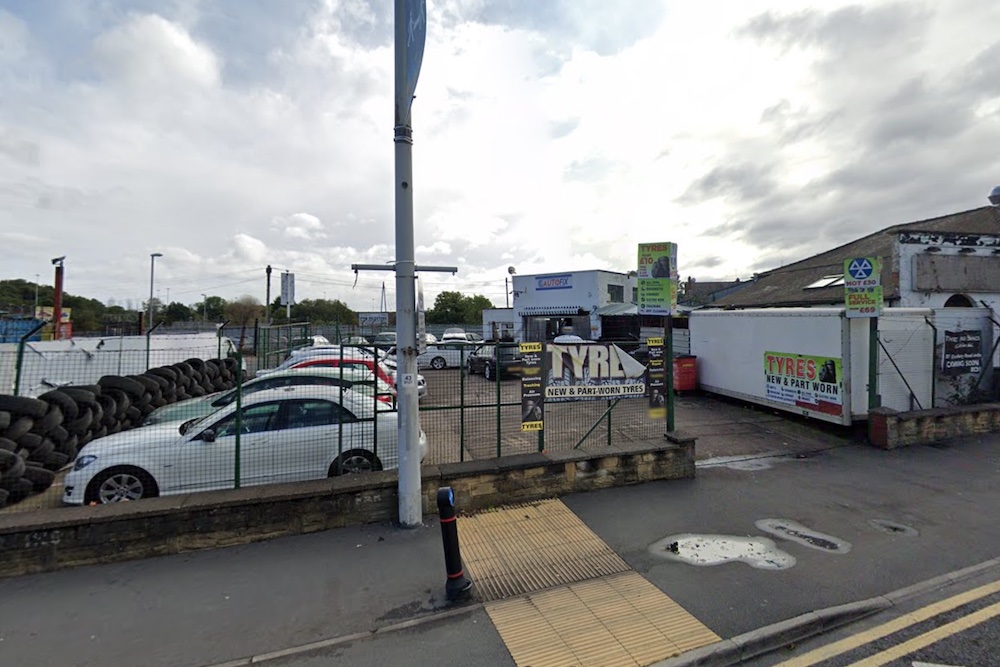 A fire broke out at a motor services business on Dewsbury Road in Beeston in the early hours of this morning (24 May 2021). The incident is being treated as arson by the Police.

West Yorkshire Fire & Rescue were called to the scene, which they described as involving a “building, oil and tyres 10 x 30m”, just after midnight. Fire fighters attended from across the city with specialist units coming from elsewhere in the county. Four large jets, high expansion foam and 2 sets of breathing apparatus were used.

“Police were called to reports of a fire on Dewsbury Road, Leeds at 0023am today (Monday 24 May).

“Officers attended to provide road closures as the West Yorkshire Fire and Rescue Service dealt with the incident.

“Enquiries are ongoing into the incident which is currently being treated as arson.

“Anyone with information about the incident is asked to call police on 101 or online at www.westyorkshire.police.uk/contact-us. Anyone making contact is asked to quote log 24 of today (25 May 2021).”

FirstBus diverted the 2, 3, 3A and 86 services first thing this morning, but the road was reopened by 8am.