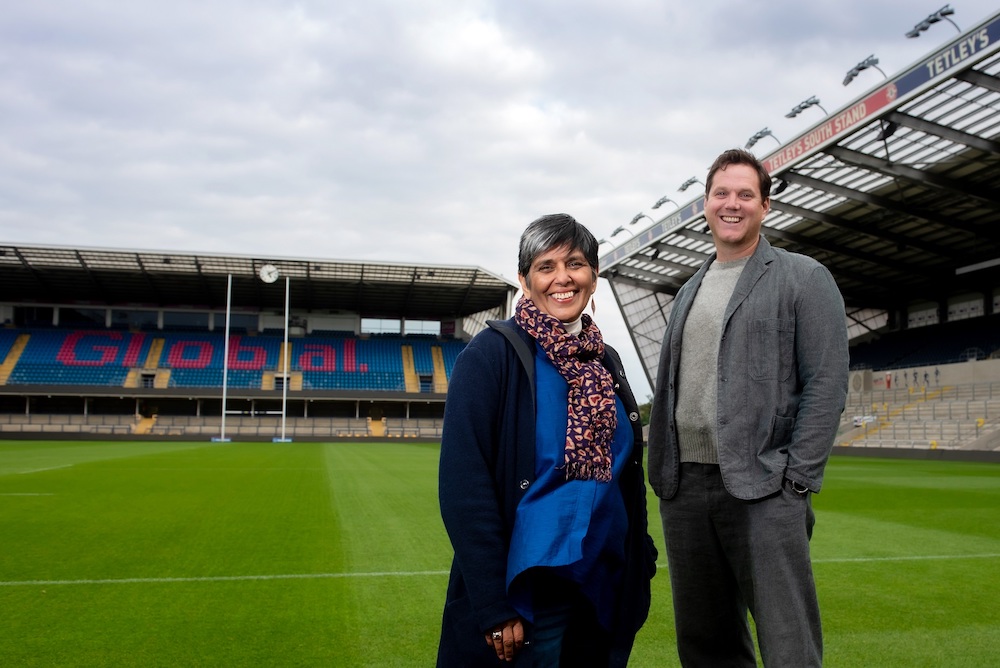 Marking 100 days to go until the start of LEEDS 2023 Year of Culture, elements of the programme have been announced yesterday (23 September2022).

Work from the city’s internationally acclaimed artists and cultural organisations, alongside the diverse creativity brimming in all 33 Leeds wards, will feature in a three-part epic programme designed to ‘let culture loose’ across the whole city. Holbeck’s own Alan Lane, Artistic Director at Slung Low, will co-direct the opening spectacular event ‘The Awakening’ at Headingley Stadium on Saturday 7 January.

The year-long cultural event is a first for Leeds. Punctuated by 12 major signature projects – original works produced by LEEDS 2023 – the programme will include hundreds of events and activities, many of them developed in partnership with local, national and international partners. Collaborations have played an important part in the development of the programme showcasing the rich, cultural life of the city, its people and its global connections.

A flavour of what is to come was revealed at an event today, hosted by broadcaster and Chair of LEEDS 2023, Gabby Logan MBE alongside Creative Director and CEO Kully Thiarai. Hundreds of people from Leeds’ communities, cultural organisations, artists, business, educational and public sector organisations gathered at LEEDS 2023’s new Brewery Wharf headquarters in Leeds, as elements of the programme were announced.

“LEEDS 2023 promises to be an extraordinary year when we will celebrate the very best of what Leeds has to offer when it comes to culture, art, sport and the brilliant creativity of our communities. 2023 will be the year we Let Culture Loose and show to the world just what an incredible, talented and diverse city we are. As a proud Leeds lass myself I, for one, cannot wait!”

“With one hundred days to go to the start of our year of culture, we remain defiant and more determined than ever to spotlight the amazing talent of our city’s people. In challenging times, the story of our creativity in Leeds can provide much needed comfort, joy and inspiration to ourselves and to the nation. Together we will awaken the sleeping giant of our city’s promise and conjure an extraordinary year into being, creating memories that will stand the test of time. It will be a year when we all get to tell our stories, old and new, known and forgotten, in an act of determined collective defiance. And we invite everyone to be a part of it.”

“LEEDS 2023 is a significant milestone and further confirmation of how strongly we place the benefits of culture and creativity in the city.

“Nationally people are going through hard times, with the cost of living crisis hitting more and more people, and celebrations such as LEEDS 2023 give us the chance to come together to celebrate together in creative and imaginative ways. We are lucky that culture is alive and well right across Leeds, from local groups right through to our larger arts and cultural organisations and sites. LEEDS 2023 will bring together and work to create a year that explores a sense of fun, wonder and that brings to life culture in some way, shape or form to ensure there is something for everyone to enjoy.”

Three seasons will shape the year, with ‘awakening’ influencing Part One (January to April), ‘playing’ the focus of Part Two (May to August), and ‘dreaming’ a forward-looking end to the year (September to December). The programme will include:-

All children and young people of school age in Leeds will have the chance to take part in the Year of Culture. LEEDS 2023’s creative learning programme will feature free activities for learners in all key stages, including classroom resources, facilitated workshops, participatory activities, and opportunities for learning outside the classroom. With links to the curriculum, the programme will support teaching across a variety of subject areas and help learners develop their creativity.

LEEDS 2023 is the city’s response to the cancellation in 2017 of the UK’s participation in the European Capital of Culture competition. The city’s overwhelming reaction was to “do it anyway” and Leeds Culture Trust has enjoyed unprecedented cross-sector backing of business, educational institutions, public and private sector funders. Channel 4, Burberry and commercial property company, Bruntwood have been announced as partners, bringing total investment secured for LEEDS 2023 to almost £17million.

Part One, the ‘awakening’ season programme (January to April) will be announced in December.