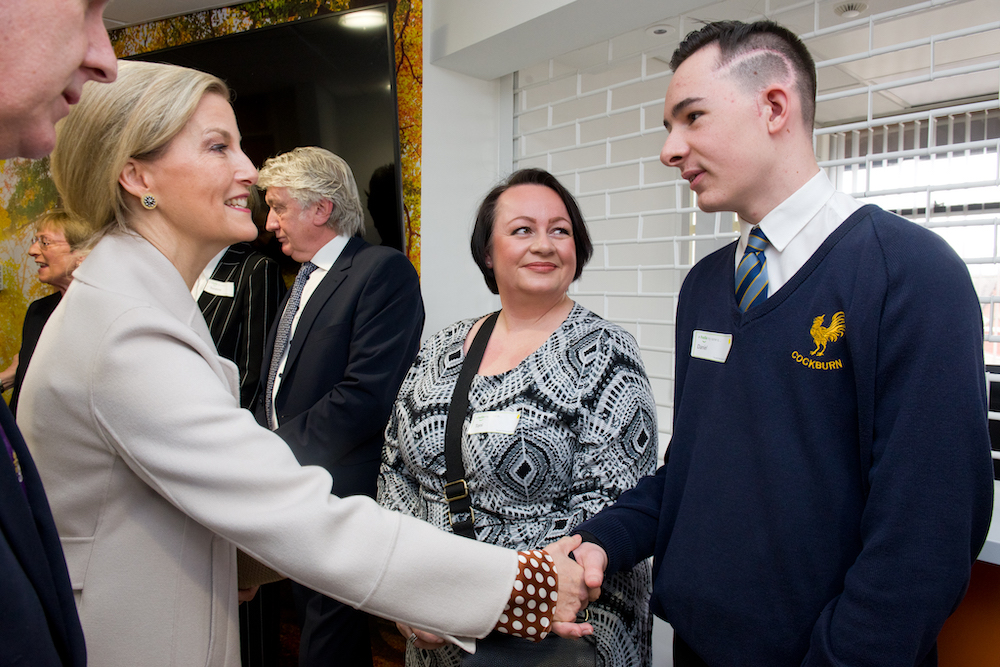 If you are looking for a definition of resilience you could do a lot worse that take a look at Cockburn School student Daniel Morton.

Having gone through brain surgery four times in the last five years, he has more than earned his nickname ‘Determined Dan’.

Daniel’s mother Toni Pearce talks me through the “emotional rollercoaster” of the onset of the disease, dismissed as a virus until a CT scan showed a golf ball size tumour on Daniel’s brain. Then the different diagnoses as doctors disagreed about how aggressive the cancer was. Is it grade 1 or grade 4 – terminal?

Just two months ago, having analysed the four tumours, they now agree that it is mostly low grade, but has high grade features.

The treatment has not been without side effects and Daniel has lost some motor function on his right side. Although right handed, Daniel’s reaction was to teach himself to write and draw with his left hand.

“Of course the cancer has been tough on Dan, but it also affects the whole family.” Toni explained.

That’s why the family decided to fundraise, not just for equipment at LGI’s Ward 52 where Daniel has been treated, but for wider support for patients’ families.

As big Rugby League fans, their first fundraising challenge was a trek across the north of England visiting ten Super League grounds from Wigan to Hull Kingston Rovers. The walk took place at the beginning of April starting the night before with a bucket collection at Leeds Rhinos home game and finishing with another as the Rhinos faced Hull KR.

“We received fantastic support from all the clubs” said Toni “making sure there were players and officials to greet us as we arrived.”

A core group of seven family and friends completed the walk. Daniel himself completed over 50 miles despite having had his most recent operation just five months ago.

“We want to give back. We were supported as a family when this started. The community raised money to send us on a ‘holiday of a lifetime’ to Florida. We want to support other families and the fantastic NHS who have cared for Daniel so brilliantly. Keeping busy also stops me thinking about what might have been.”

Apart from missing time in school, Daniel struggles with some lessons, as his concentration and short term memory have been affected by the treatment, but he’s learning ways to improve that.

“The school’s been absolutely fantastic where support’s concerned. Literally anything we’ve needed they’ve been on board with it. They’ve shown such great support to Daniel.”

“I could not think of a better cause. Daniel is such a brave young man to help others whilst dealing with his own illness. I congratulate Daniel for his good work and bravery.”

“The trustees of the Kyle Asquith Foundation have agreed to donate £1251 which would be £1 for every child in school and £1 from Kyle. Thereafter, in school we will run a campaign to match the same amount at least. We are extremely proud of Daniel who is so resilient and aspirational – a true model of the school values.”

“I just want to say a great big thank you to everyone who has supported us” said Toni.

What’s next? Plans are already in train for a fundraising dinner at Headingley stadium on 1 November. This will be followed by a 500 mile cycle challenge around the west coast of Scotland next year. They are also talking to Leeds Corinthians about running a festival.

Determination is clearly a quality that runs right through the family. If you would like to donate please go to Determined Dan Just Giving page.

Photo: Daniel Morton, with his mother Toni Pearce, meeting the Countess of Wessex at the opening of the Children’s Cardiac Hybrid Theatre an 3TMRI facility at Leeds Children’s Hospital in March this year