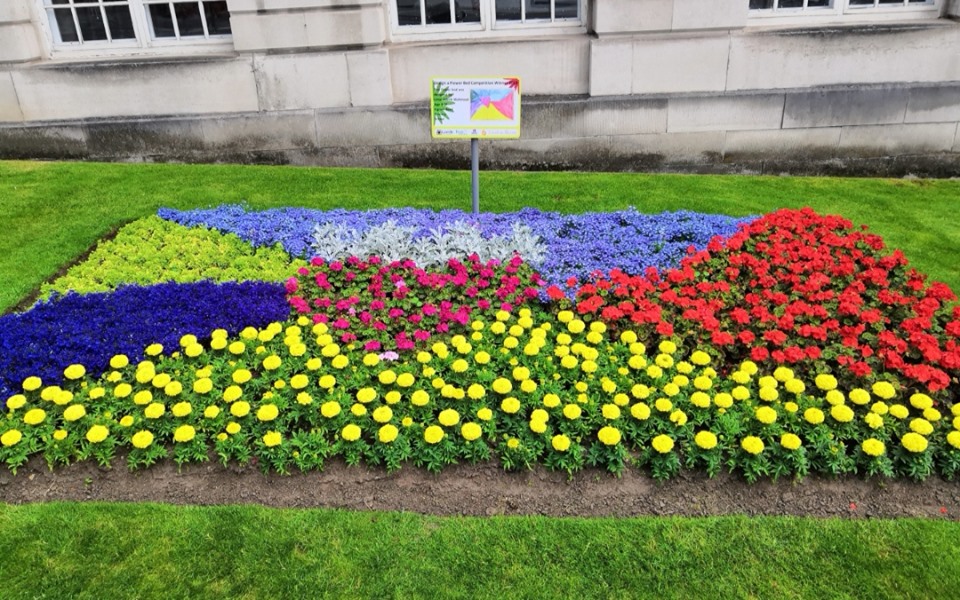 A primary school student from South Leeds was among the winners in this year’s Leeds in Bloom Design a Flowerbed competition.

Umar Mahmood, who attends Ingram Road Primary School in Holbeck, saw his design selected by the judges and displayed by Leeds Civic Hall.

Prize winners also receive horticultural gift vouchers for their school and attend a ceremony with the Lord Mayor of Leeds Cllr Eileen Taylor.

The competition is designed for children between the ages of four and 14, with entries closing in March before the winners were announced in July.

It isn’t the first time that Ingram Road has seen one of its pupils win this artistic award. Last year, Brian Massamba was chosen for his edible flowerbed design and received recognition for his efforts from the then Lord Mayor of Leeds Graham Latty and Beeston and Holbeck councillor Angela Gabriel.