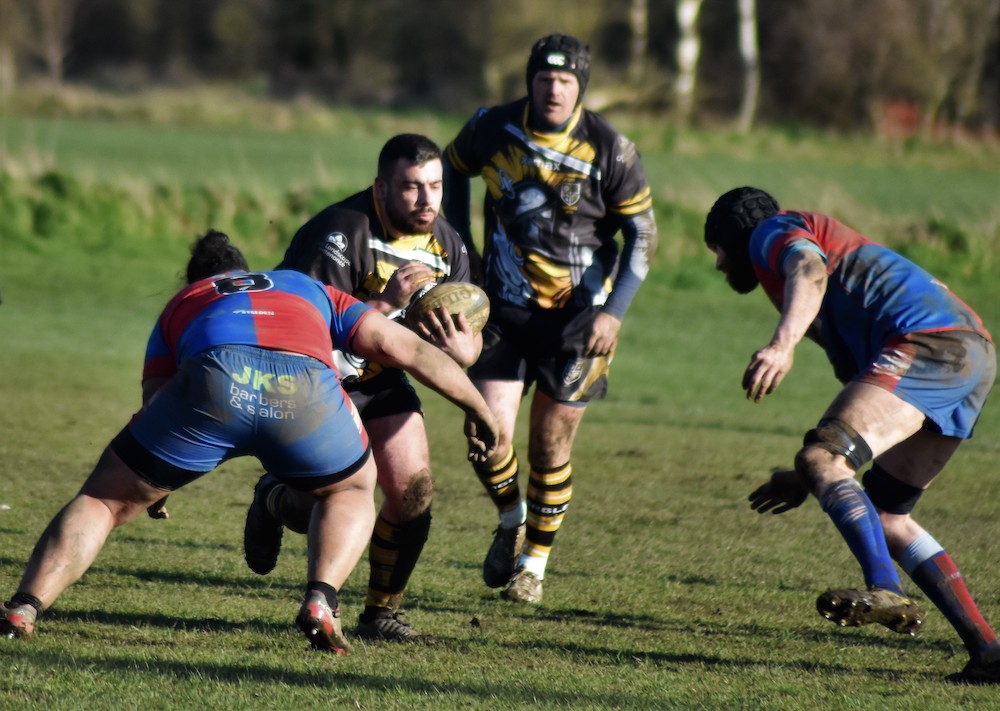 Leeds Corinthians RUFC travelled to Castleford on Saturday (29 February 2020) for their first game in three weeks due to weather conditions and having no allotted fixture and managed to snatch defeat from the jaws of victory.

On arrival Corinthians were met with the news that the main pitch was unplayable and they had to travel two miles away, nevertheless the game was able to go ahead.

Corinthians started the game the stronger and stand off Danny Boyes danced over for the opening score converted by Gareth Moore. Castleford however responded with an unconverted try. Corinthians’ tactics of throwing the ball around were rewarded when wing Aaron Wickam ran well for the corner for an unconverted try.

A penalty goal from Darrell Forster was the next score for Corinthians before the ever dangerous Gareth Moore found space on the right to cross for a try.

It would be easy for Corinthians to blame the blustery windy conditions, which did hamper some of their free flowing attacking rugby. There were also some, at times, inept refereeing decisions, one suspicious looking deliberate knockdown 10 yards from the Castleford try line with only minutes to go was a match deciding one. However, the truth was that Corinthians let themselves down with their efforts in the last 20 minutes.

They do however retain their top spot in Yorkshire 3 and will be looking to regroup and put in a better effort next week (Saturday 7 March 2020) when they entertain second place Baildon at Middleton. A note for all spectators is that kick offs revert back to 3pm.

We hope to see you all there.