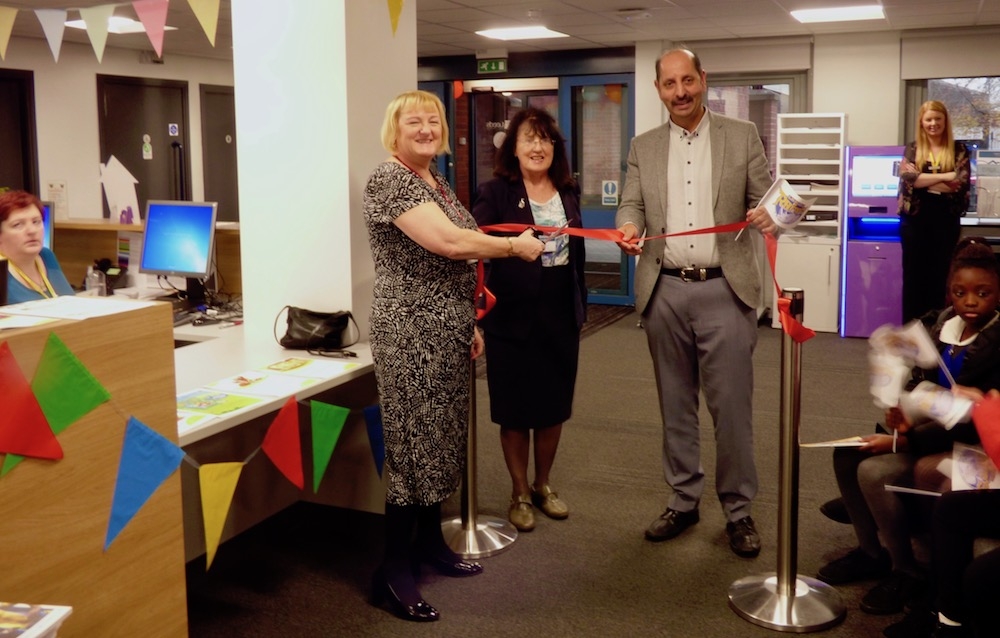 Cllr Debra Coupar was on hand to cut the ribbon as the Dewsbury Road Community Hub was officially opened last Wednesday (22 November 2017).

The Hub offers members of the public face-to-face access to a range of Council services as well as those of partner agencies such as Leeds City Credit Union.

Cllr Coupar, who is the Executive member for Communities, described Leeds City Council’s work on integrating services as a 20 year journey and welcomed some of the architects of the original One Stop Centres who were present.

The building has been remodelled to create an open and welcoming space. As well as customer service staff who can help with Council Tax, Housing Benefit and other council services, there are banks of public access computers with Job Club staff on hand to help with job applications and CVs. The library area is a comfortable and inviting space and has already seen a significant growth in usage, especially from children.

“Leeds is bucking a national trend that is seeing libraries and area offices closed. We are committed to maintaining face-to-face services in communities like Beeston.”

“We’ve had great feedback from customers on the new Dewsbury Road Community Hub. Over 12 school classes have visited so far for fun interactive sessions using Lego storybuilding, book trails around the library and celebrating Takeover Day. The free weekly Under 5’s storytime on a Thursday has now reached over 20 attendees each week which is fantastic.

“The children’s fiction book issues have doubled and children’s non-fiction is up 700% and computer usage up 192% since we opened on 4 September.”