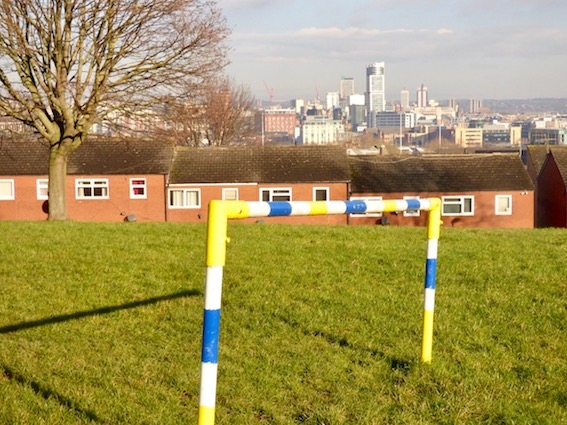 Leeds City Council’s Housing Advisory Panels target money to community groups that can make a difference to Council tenants. The panels are made up of local tenants and Councillors who know the area.  You don’t have to be a tenant to apply, and the project doesn’t have to just benefit Council tenants. South Leeds Life was awarded a grant to produce the January and February editions of our newspaper.

Here we report on some of the other  projects funded by the Inner South Housing Advisory Panel in the last year:

Like many amateur sports clubs Leeds Corinthians RUFC struggle to remain financially viable. They have a clubhouse at their base next to Middleton Leisure Centre, but with a first floor and a kitchen that had seen better days, it wasn’t the asset it might be.
A grant of £2,268 enabled the club to install a stair life and with the help of Mears (the Council’s maintenance contractor) put in a new kitchen. 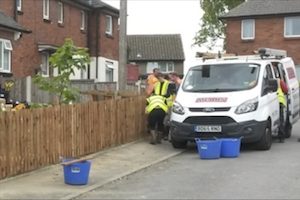 Tenants living in a Middleton cul-de-sac had their delapidated fences replaced thanks to a grant of £3,400.

Although Mears oversaw the work, the funding was stretched by involving the Health For All Young Dads project. The Young Dads gave their labour voluntarily in returm for training and experience. The new skills together with a boost in self confidence will help them find employment.

Meanwhile the tenants benefited from the new fences. As one said: “The street looks so much better and there is no more litter in my garden.” 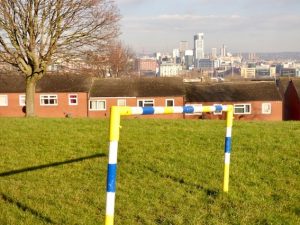 The St Luke’s Tenants and Residents Association received a grant to put up junior goalposts on a field behind Malvern Road.
A grant of £800 was suffieicent to keep the kids away from their X-Boxes. Local tenant Terence Downing commented: “Fantastic! What a great boosts for the kids. They  love ‘em.”

St Luke’s TARA covers the area around Malvern Road including the Normantons, Bismarcks, Northcotes and surrounding streets.
The group meets on the third Thursday of alternate months. Their next meeting is on Thursday 19 March at 6pm at St Luke’s Church. 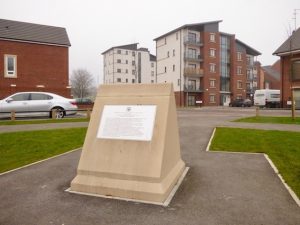 When Holbeck Towers were knocked down to make way for new low rise housing two plaques were recovered from the buildings.
The plaques honoured two men who had played a big role in Holbeck’s housing history. The Rev Charles Jenkinson, the ‘Red Vicar of Holbeck’, was chair of the Council’s housing committee in the 1930s and 40s overseeing slum clearance programmes and the building of estates such as Belle Isle.

The second plaque comemorated Hugh Gaitskell MP who represented the area and was Leader of the Labour Party until his untimely death in 1963. The men are also remebered in the names of local streets and a school. The plaques were supplemented with boards telling the wider history of the area.

HAP member and local resident Ian Pickup said “I’m thrilled we are keeping a link with the past through this project.”

Funding for your project

For information about how community groups can apply for funding from the HAP contact Peter Greenwood, Tenant & Community Involvement Officer on 07712 216417 or email: peter.greenwood@leeds.gov.uk or download an application form and guidance notes from: www.leeds.gov.uk/residents/Pages/HSG-Join-Area-Panels.aspx