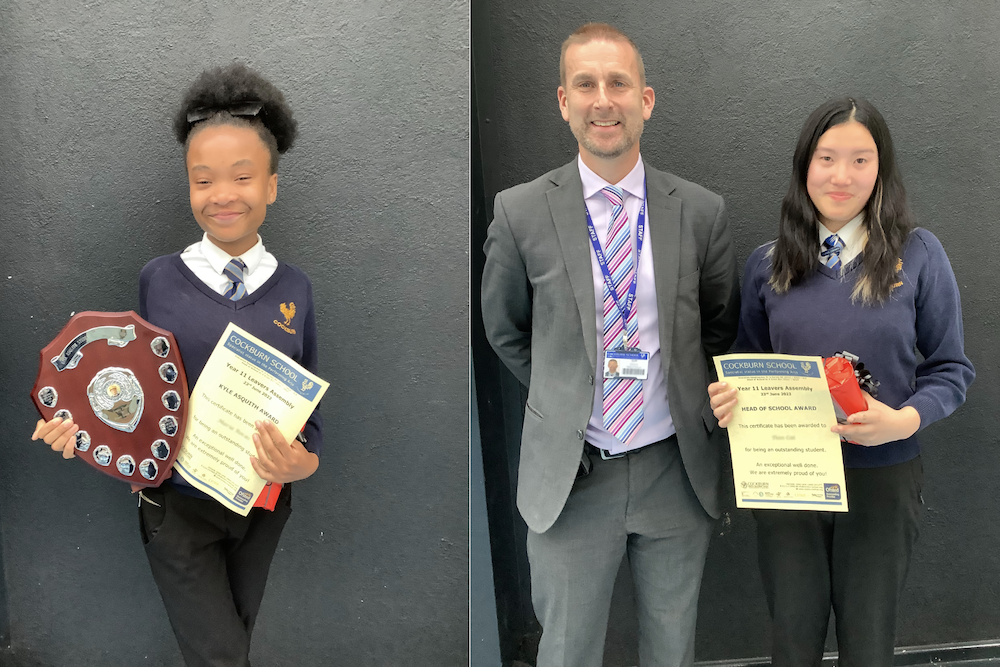 The last few years have brought many challenges for the Year 11 students at Cockburn School.

They have worked tremendously hard and this was recognised as they played their part in the school securing the Ofsted ‘Outstanding in all areas’ judgement in February 2022.

This year has seen exams going (nearly) back to normal. The Year 11 exam period ran from 16 May through to 23 June – 5 weeks including six science exams, three maths exams and four English exams. Students attended many after-school and holiday revision sessions put on by the staff at Cockburn School and now look forward to their results day on 25th August 2022. Aspirations are high – their results should see them moving on to study A-Levels/Post 16 qualifications at a range of providers such as Elliott Hudson College, Notre Dame or Leeds City College. For some, their results will lead them into a wide range of apprenticeships and employment.

The last day of their journey of ‘Transformation to Excellence’ at Cockburn School included a Leavers Assembly during which awards were presented for a range of honours. Awards were made to students in recognition of their qualities and success focused on the Values and Expectations of the school such as resilience, respect, responsibility, independence and aspiration. Staff at the school were asked to nominate students who were worthy of these awards. Winners of awards were: Gabriel Routledge-Day, Anna Stefaniak, Jake Roberts, Poppy Martin, Adam Platts, Iona George, Katie Ledgard, Sam Nixon, Grace Short, Asma Hussain, UJ Raza, Darcy Hammill, Ricky Ashton, Sana Aziz, Joel McCourt, Josh Morris, Joshua Wainwright, Millie Bagnall, Caitlin Hughes, Ana Da Silva, Daisy Cunningham, Zaaim Hamid and Byron Dowling.

The school’s most prestigious award is named in honour of Kyle Asquith and it was presented to Maria Rocas who has shown great resilience, strength and pride throughout Year 11. Presented by the Kyle Asquith Foundation, in memory of former student Kyle who sadly lost his life in 2013, but whose organs saved the lives of five other people. Kyle’s parents were not able to attend but sent the following message to the winner and to all of the Year 11 students at Cockburn School: “Congratulations! We hope the future is very kind to you. Don’t take anything for granted because we have to work for what we have. Life will throw obstacles but you just need to keep your head up and face them head on. Life is for living – enjoy it. Never give up.”

Head girl, Tian Cai, who has also been elected to the National Youth Parliament, made a triumphant speech that paid tribute to her fellow students and the staff at Cockburn School for their hard work and industry throughout their time at the school. Tian was also awarded the Head of School award from Mr Dixon.

The final celebration, the Year 11 Prom, at the Village Hotel in Tingley will take place later in July 2022.