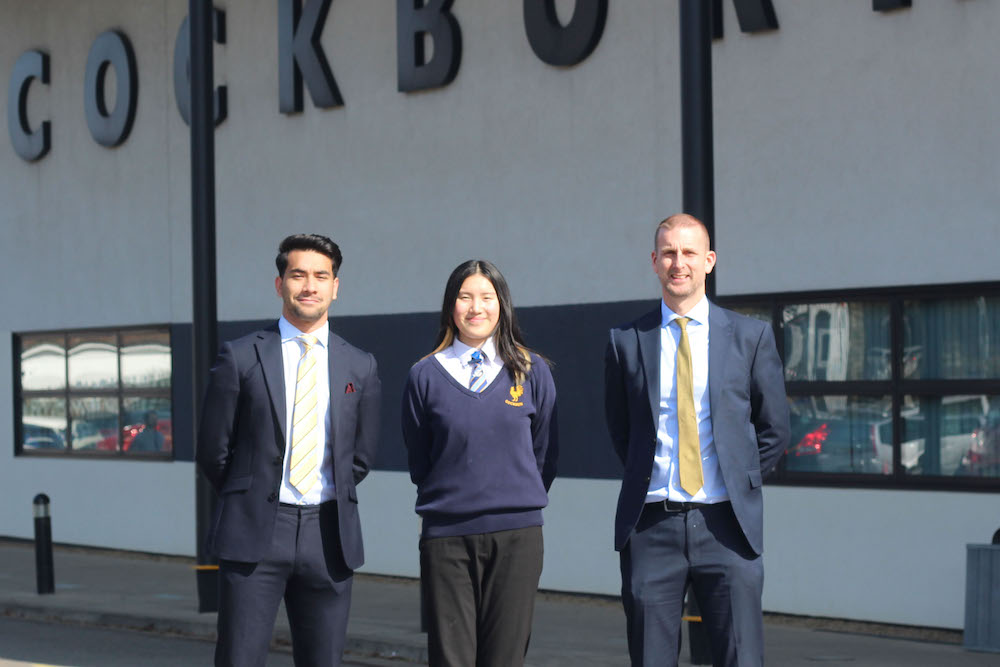 Year 11 student, Tian Cai, has successfully been elected to represent Leeds at the UK Youth Parliament.

The UK Youth Parliament is a youth version of parliament and is a platform given to young people between the ages of 11–18 to represent their constituency at a local, regional, and national level. Elected Members of Youth Parliament (MYPs) are also given the opportunity to work alongside politicians.

Following a shortlisting process, 6 candidates were selected to stand for election and the campaign began. Tian campaigned across the community and via social media. More than 2,000 votes were cast and Tian is one of three new Members of Youth Parliament for Leeds.

This is not the first time Tian has won an election. Last year, she ran for Head Girl at Cockburn School and was voted into this position by the majority of students and staff at the school. She is currently working hard towards her upcoming GCSE exams and hopes to go on to study A-Levels. Tian said:

“In my manifesto, I discussed problems that I believe affect young people the most: their homes, mental health, environment, and education. We should improve housing, increase versatility in education, tackle the stigma of ‘not seeking help’ and embrace mental health rather than be seen as a hindrance. It is a great honour to have been elected onto the UK Youth Parliament.”

Part of her role will require Tian to work closely with councillors and MPs which will sometimes require trips to the House of Commons, which she is extremely excited about.

To celebrate her success, Cockburn invited former student Shamim Miah to meet with Tian. Shamim is now a Community Governor for the school. Shamim was previously a Member of the Youth Parliament for Leeds and is now pursuing a career in law. Shamim said:

“Congratulations to Tian on becoming the new Member of Youth Parliament for Leeds. As a former member, it is a proud moment to see another Cockburn student at the forefront of youth engagement, who is looking to make the ultimate difference.

“Having spoken to Tian about her ambition and plans over the next two years, I know she will not only represent herself well, but Cockburn, her peers and all of the young people in Leeds. Tian’s enthusiasm for amplifying change has ultimately won over the young people of Leeds and I look forward to seeing her progress.”

“We are extremely proud of Tian and her achievements. Her energy and drive have led her to great success and I am sure that she will have much to offer to the Youth Parliament over the next 2 years.”