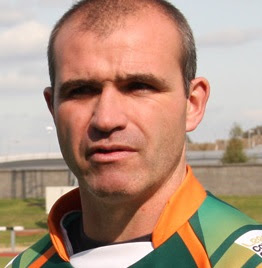 Chairman Neil Hampshire said, “Barry has been an excellent servant to the Club and has worked hard to make us competitive against a perpetual backdrop of limited funding. He will always be remembered for masterminding the Grand Final victory in 2015 which was one of the best days in the Club’s recent history. He also remained a consummate professional during difficult times last season and that reflects much credit on his character.

“That is further evident in the fact that Barry has also foregone any compensation payment whilst offering his services to assist the next coach on a voluntary basis in order to help the Club.  This situation has arisen largely as a result of the loss of significant central funding from the RFL following relegation and reduced income from sponsorship which we continue to work hard to resolve.  On behalf of the Board I’d like to express our thanks and gratitude to Barry for all of his hard work and dedication in the role and also to Gary Hetherington and our CEO Colin Smith for their positive approach in resolving the matter to everyone’s satisfaction.”

Barry Eaton said, “I have really enjoyed my time at Hunslet these last 4 years and I am looking forward to a new chapter in my coaching career. Although I am no longer officially working at the club, I will be on hand to assist in any way possible, both on and off the field, as the Club endeavours to continue its progression in what is now a very well respected Club throughout Rugby League.”

Meanwhile the Club have promoted assistant coach and ex-player Matt Bramald to lead the Club forward ensuring stability and continuity with the players and coaching staff.  Hampshire said, “Matt has impressed since joining the Club’s back room team and jumped at the chance when it was offered. It was important to us to maintain a degree of continuity at this stage of pre – season and keep any disruption to a minimum. We think Matt is at the right stage in his coaching career to be given the opportunity and we have every faith in his ability to be a success in the role”

Danny Maun, who retired at the end of last season, said on Twitter: “One of the best I’ve played with and even better coach is Baz Eaton sad he’s left @HunsletHawksRL but @leedsrhinos have a quality individual.”