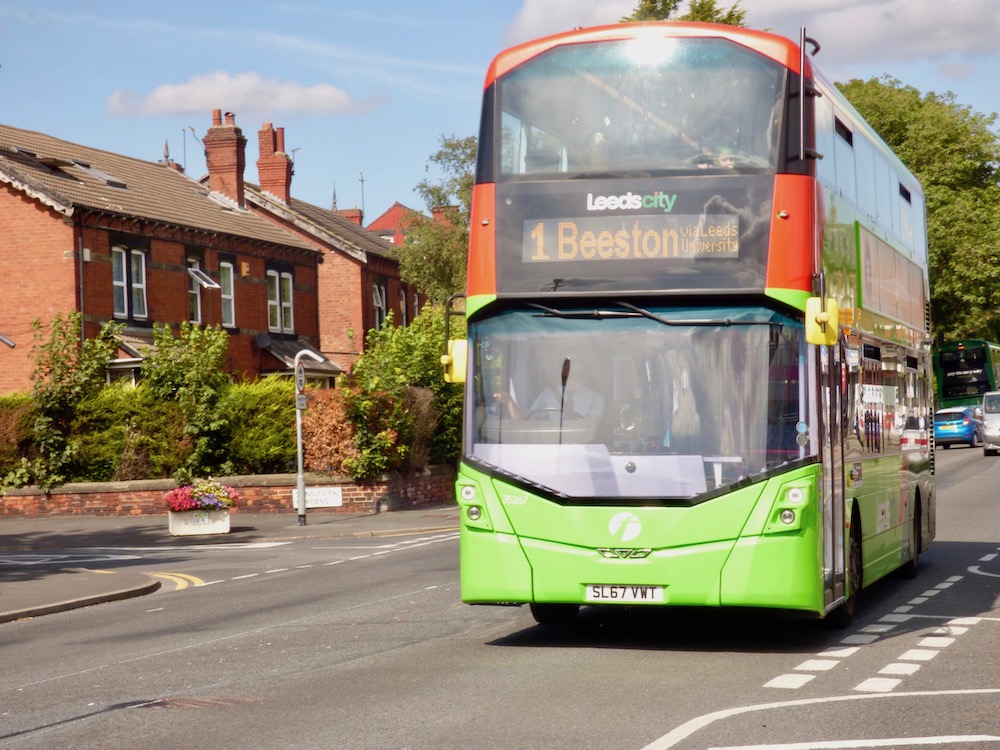 Work on Leeds City Council’s Connecting Leeds programme in the city centre will see The Headrow closed eastbound from Sunday 1 September 2019. As a result, many bus routes will be affected and the number 1 service will be cut in two with a new 10 service running on the southern leg to Beeston.

The new number 10 bus will use the existing 1 route from Beeston Town Street into the city centre, but terminate at Infirmary Street. Passengers wanting to travel on towards Headingley and Holt Park will have to walk across the city centre to Albion Street to catch the 1 bus.

When complete, in autumn 2020, the scheme will increase the reliability of buses by improving the routes they can take through the city centre. It will also mean substantial enhancements to the quality of the city centre by increasing public space, and better infrastructure for pedestrians and cyclists.

The 28, which runs from Leeds Dock to Headingley and Adel will change its route through the city centre avoiding Eastgate.

For the 54, 55, 55C, 65 and 75 buses journeys into Leeds City Centre will run from Whitehall Road via Thirsk Row, Wellington Street, King Street, East Parade, South Parade to terminate at Park Row. Journeys out of the centre will start from Leeds Park Row and run via City Square, Aire Street to Whitehall Road and then as normal route.