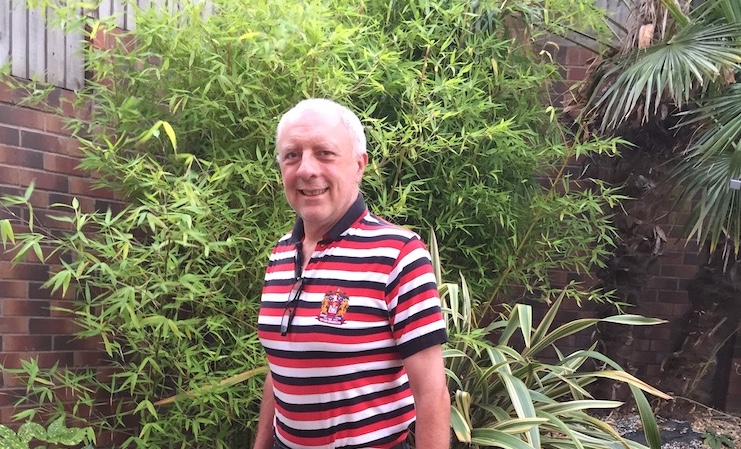 A slimming Consultant who supports people in Belle Isle to lose weight each week says men shouldn’t be shy about joining a slimming group.

Slimming World and the Men’s Health Forum are calling for men to get support to lose weight. Tace, who runs the Belle Isle Slimming World groups, says:

“Weight problems are common among both men and women, but figures show that men typically keep weight worries to themselves for as long six years, as many just don’t like to ask for help.

“The good news though, is that more and more men are becoming open to the idea of getting support and there are now more than 60,000 men using Slimming World groups around the country – some of them are in my Belle Isle groups!

“There are lots of reasons why the programme works well for men. Our generous Food Optimising eating plan means it’s possible to satisfy even the biggest of appetites and, whether it’s steak and home-baked chips, a Sunday Roast or a spicy curry, you can still enjoy all of your favourite meals – and with a beer on the side too, if you so wish.”

And, in group, men love the mix of support and healthy competition they get from being part of a club, as they are cheered on their journey to success. They also love the fact that, as they lose weight and gain confidence, they are supported and rewarded to get more active, if they want to.

“And it’s definitely not a one-way street – the men in my group bring an enormous amount to the rest of us too. They’re fun and friendly and help ensure that our group is always full of laughter. We’d love to welcome more blokes to group and so my message to men who are worried about their weight is to come along and give Slimming World a try – it really does work and there are more men doing it than you think!”

Robert, from Stourton Grange who has lost 3½st with the group since February 2017 and dropped 4 inches from his waist from a size 38” to 34”, says:

“Joining Slimming World has been one of the best things I’ve ever done. Before, I thought slimming groups were just for women and not my cup of tea at all – but after some encouragement from my wife I decided I had nothing to lose by giving it a try. Now I am a lot healthier, look a lot better and feel a lot better”

“I am a diabetic and have had the disease for about 25 years. For the past 5 years I have been controlling my blood sugar levels through the use of 5 insulin injections per day which caused me to steadily put on weight. I realised that I was getting too large and heavy and it was also impacting on other areas of my health. I knew that something needed to be done before it was too late”

“I was pretty nervous on my first visit, but from the moment I walked into the group everyone made me feel really welcome. There were two other men there too which helped put me at ease. Now those strangers have become a whole set of new really good friends, willing me on to do well each week. We have a good laugh in group, as well as share challenges, our plans for overcoming them, ideas for getting fit and active and plenty of recipes.

“I used to eat a lot of bread and meals that were fried with lots of olive oil or had creamy sauces and ate very few vegetables. However, by making a few small changes to the way my favourite meals are cooked, I can ensure they’re still filling and full of flavour, and also good for my waistline. I have always eaten a healthy wholegrain breakfast but now I serve up a hearty “Full English” for a treat. For example, by grilling instead of frying, swapping white bread for wholemeal and going easy on the butter, I can have a tasty weekend breakfast with a plateful of eggs, bacon, tomatoes, mushrooms, baked beans and toast – and still lose weight,” adds Robert.

“I’m more active now too, which makes my Job as an IT Training officer so much easier. I now love to take long walks instead of sitting at home working at the computer or reading. Thanks to the great support from Tace and the Belle Isle group, and my newly formed habits, I know that this fitter, healthier me is here to stay. If anything, I’d say to other men just to give it a go! You have nothing to lose other than the weight you’ve always wanted to shed! It might just change your life like it has mine.”

Robert comments that being a member of Slimming World has had a massive impact on his health. He adds:

“I still have diabetes but as the weight came off I found that I needed far less insulin. I still take 5 doses per day but these have become small doses now, in fact I am using less than half of the insulin I was before”.

“When I see the Consultants at the Hospital I am told how it is excellent that I have lost all that weight, I am back to a normal BMI and it is really helping me to manage my health”.

Anyone who’d like to lose weight and join Slimming World is welcome at any group, which meets every day Monday to Saturday in South Leeds. To find out more visit www.slimmingworld.co.uk