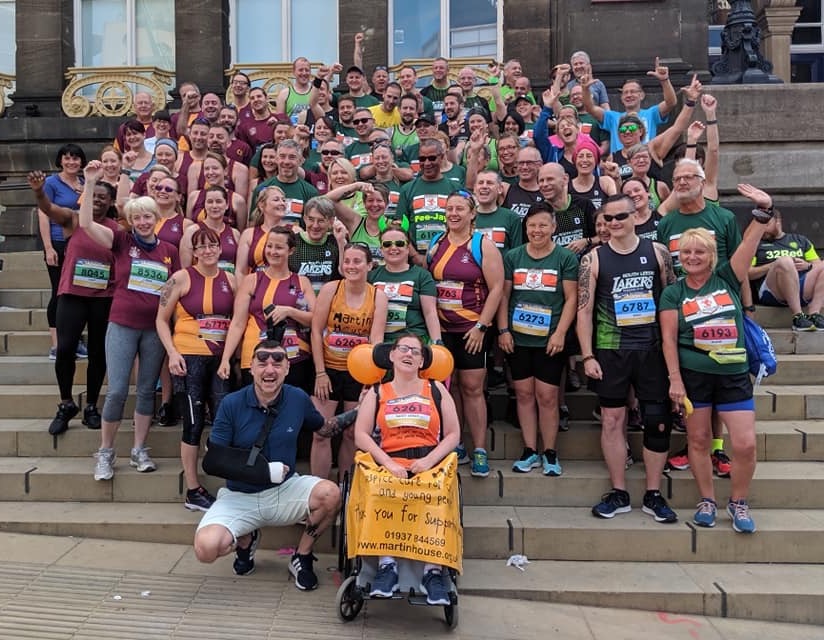 South Leeds runners were out in force at the Asda Foundation Leeds 10k on Sunday (7 July 2019).

As well as a great turn out from the South Leeds Lakers and Morley Running Club the Hunslet Rugby Foundation had a 30 strong team entered, including Hunslet RLFC legends Mick Coyle and Richie Baker.

There were some great performances on the day and a number of the runners were taking part in their first 10k after recently graduating from the Couch to 5k programme run by the Clubs. A special mention goes to the Lakers’ Jonathan Harding who finished in 16th place, a fantastic achievement in such a prestigious race.

There is a strong bond between the 3 organisations and they are joining forces with the South Leeds Sisters and Morley Triathlon Club to host the second Bah Humbug 10k on Sunday 8th December.  South Leeds United.