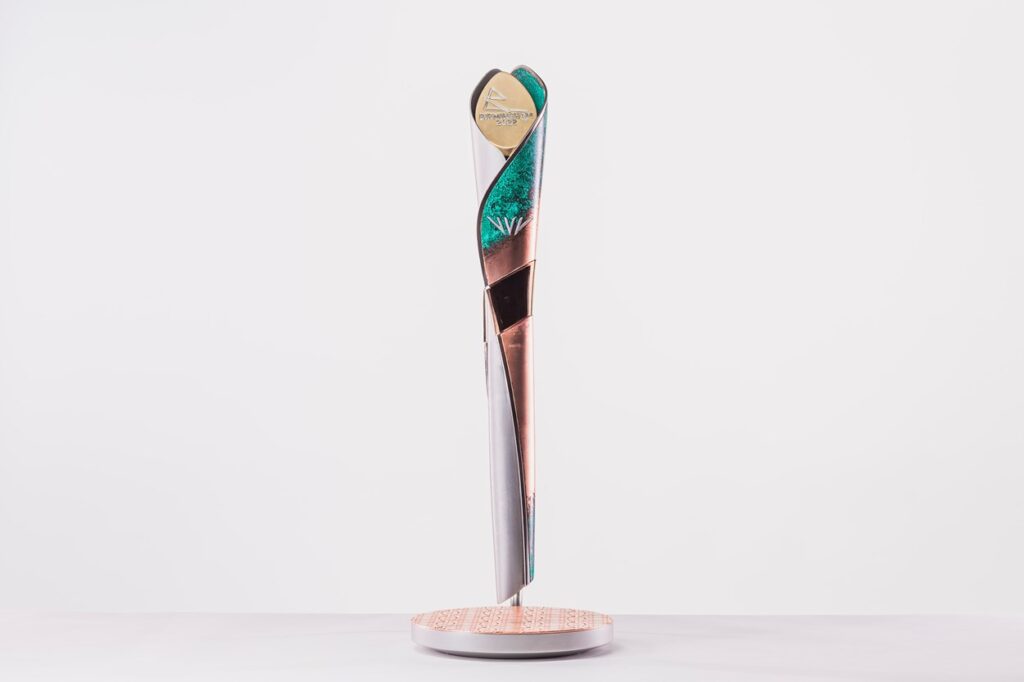 Arriving in late afternoon on Tuesday 12 July 2022, the Baton will pass through Leeds Dock before heading along the famous streets of the city centre ending on Millennium Square where a special celebration event will take place.

After travelling around the Commonwealth, the Baton is now on its final journey around the country leading up to the opening ceremony of the Birmingham 2022 Commonwealth Games at the end of this month (28 July).

The Baton, which contains a message to the Commonwealth within it from Her Majesty The Queen, has been passed on its epic journey by thousands of Batonbearers, who have been nominated and chosen for the honour due to their inspiring backgrounds and stories.

The Baton’s route through Leeds begins at Leeds Dock, with the celebration seeing a range of free family and sports taster events and activities taking place from 4pm. These include flag-making, table tennis, mini-tennis, paddle-boarding, athletics on a pop-up track, guided walking and running, with parking being free on the streets around Leeds Dock.

The Baton will arrive at Leeds Dock from 5:25pm before leaving at approximately 5:45pm heading for the city centre. It will then move on to The Headrow outside Leeds Art Gallery shortly after 6pm, before following a route along Park Row, City Square, Boar Lane, Briggate, The Headrow and Cookridge Street before arriving at its final destination on the stage on Millennium Square.

The public are invited and encouraged to line the route, creating the renowned Leeds atmosphere cheering on the Batonbearers as they pass by. These include local community representatives and sports stars including Alistair and Jonny Brownlee, who will be the final two Batonbearers taking the Baton onto Millennium Square to be welcomed by the Lord Mayor of Leeds Councillor Robert Gettings.

A stage event will then follow hosted by BBC Radio Leeds presenter Richard Stead, with the finale being a special performance by the pupils of Windmill Primary School in Belle Isle who make up Class Dynamix, the Leeds choir who reached the semi-finals of Britain’s Got Talent in 2020. They will be joined on stage by 100 local schoolchildren to perform three songs, including a live performance of the specially commissioned ‘Light Up Leeds’ as part of the tenth anniversary of Child Friendly Leeds this year.

Pre and closing entertainment on Millennium Square will also be provided from 6pm by local contemporary band ‘Back Chat Brass’ performing their funky brassy beats to get the carnival atmosphere going.

Among those is 16-year-old Sneha Daga from Leeds, who said:

“I was nominated due to my charity work and contribution to the community. This includes donating 20 inches of my hair, and climbing Mount Snowdon four times to promote organ donation. I can’t wait for this once-in-a-lifetime opportunity to hold the Baton and I’m really looking forward to it!”

“I am really honoured to have been selected as a Batonbearer for my work in the community over the past twenty years and it is a real privilege to be performing the role as a female from an ethnic minority community background. Having been described as a role model I hope my selection will encourage other individuals to believe that they too can achieve things they aspire to.”

“Having the Birmingham 2022 Queen’s Baton Relay coming to Leeds will be a great event for everyone to enjoy, and I very much look forward to welcoming it onto the stage on Millennium Square before hearing Class Dynamix and their special performance. I would encourage everyone who can to line the route and help celebrate the Baton’s visit to Leeds.”

“We are delighted to be welcoming the Birmingham 2022 Queen’s Baton Relay to Leeds and we are very much looking forward to its arrival. We know people in Leeds really enjoy events like this, so it would be great to see people of all ages lining the route generating that legendary Leeds atmosphere and making for another memorable event in our city.”