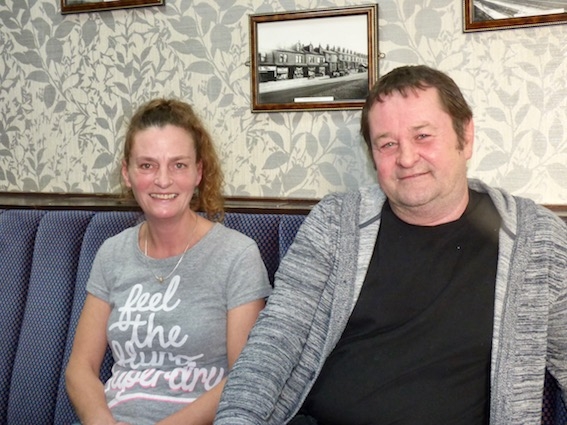 I met up with Sean Sturman and Susan Oldroyd, two of the administrators of the Save Our Beeston Facebook group, to find out about their latest charitable venture Helping People In Beeston.

The scheme helps people by marrying people in need of help with volunteers and springs from the Save Our Beeston Facebook Group. 2,500 leaflets promoting the project have been delivered house to house in Beeston and Beeston Hill, and the group has just delivered vouchers every school in the area to support struggling families at Christmas.

The group was originally set up two years ago to promote opposition to controversial planning applications in the area including Aspiring Communities’ plans for the former Ice Pak site on Barkly Road. But Save Our Beeston has evolved and the majority of posts from its 5,000 members today are seeking, or more often offering help to other Beeston residents.

“The members are just amazing” explained Sean, “We launched the Christmas appeal and had raised £800 in just five hours.”

In another case where a family had their Christmas presents stolen from their car, members responded without the group’s Administrators having to ask.

The group’s fundraising started at the beginning of this year when the case of community stalwart Val Duggan was highlighted on Facebook. Save Our Beeston set about organising a fundraising evening that added £1,000 to her family’s appeal. Since then Sean estimates they’ve raised £15,000 for local causes. https://www.southleedslife.com/community-rallies-for-local-lady/

They have teamed up with South Leeds Live At Home, an organisation that offers support and organises activities for older people, as well as linking to schools and social services. Over one hundred members of the group have volunteered their services so far and the organisers are confident they can cover a wide range of needs.

“We are trying to get back the community spirit of years ago” said Susan. “Most people don’t know their neighbours, but through the power of social media we have created a community of virtual neighbours that look out for one another.”

For more information and to get involved go to the Save Our Beeston Facebook page.