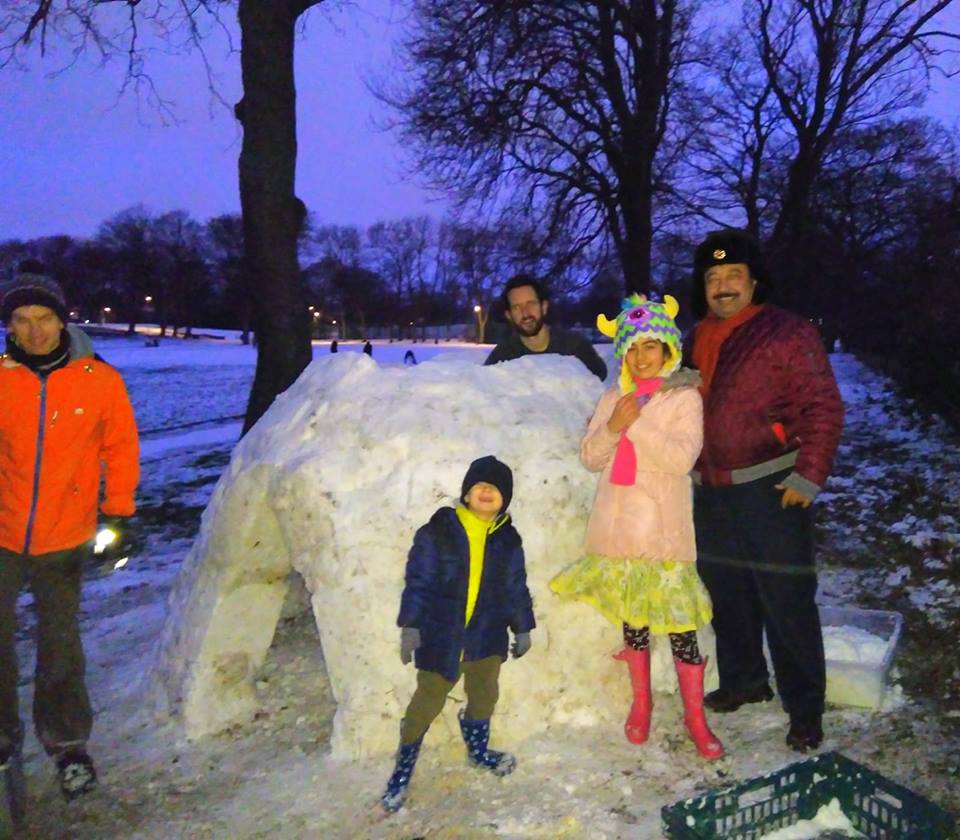 What do you do when you’re off work on a snow day? If you’re Beeston resident Ed Carlisle you gather as many people as you can and build an igloo!

With plenty of snow on the ground in Cross Flatts Park, Ed and his team set about making snow bricks and laid the first blocks near the spiders web climbing wall in the bottom half of the park. Starting at 11am on Friday (2 March 2018) the igloo was ‘topped out’ at 9pm on Friday evening.

Over 30 local people helped with the building work over the course of the ten hours. The finished igloo is five feet high and seven feet in diameter (internally).

Not unsurprisingly it has drawn a lot of attention, with many people posting photos on social media with comments such as:

“My son has absolutely loved it this morning.”

“It’s fab, definitely worth a visit if you can.”

“Ed, you’ve done a great thing in so many ways. It’s brought so many smiles. Thank you.”

“It’s amazing, everyone I spoke to this morning thought it was fantastic and what a great way to bring people together.”

“Snow is a bit of a hassle, but it’s also amazing! Loads of people I know – including myself – have always wanted to build an igloo, so we put the word out and decided to have a go. It was so good to see such a range of people come out, pitch in, and have a laugh together. It was a big project, and we were far from convinced that we’re complete it – but thanks to everyone’s hard work, we did it. It’s also been great seeing and hearing of loads of other people enjoying admiring it – if it puts a smile on people’s faces, it was doubly worth it.”

Of course the test of an igloo isn’t how cool it looks, but how practical it is. One intrepid group put it to the test by sleeping overnight in the igloo on Saturday night. They enjoyed a comfortable, warm night by all accounts. The test was passed with flying colours.