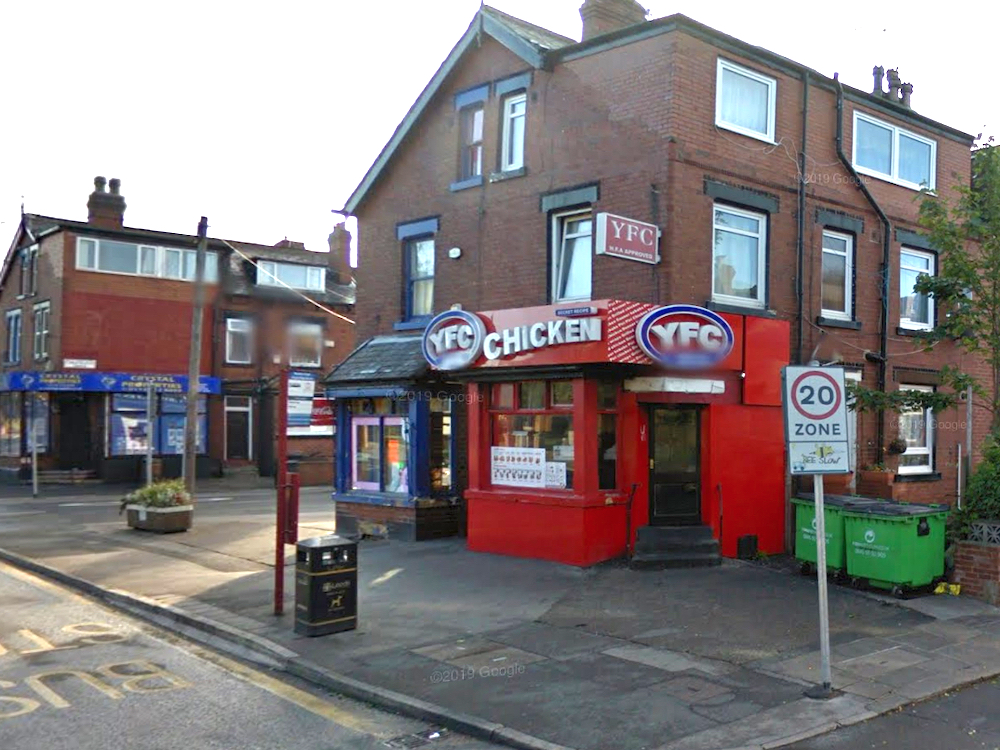 A takeaway in Leeds has been hit with a £10,000 fine after a worker suffered horrific burns when he was covered with scalding oil from a deep fat fryer.

Yorkshire Fried Chicken in Beeston was prosecuted by Leeds City Council’s environmental health team after the man was left with injuries so severe, he spent four weeks in a burns unit and needed extensive skin grafts to the left side of his body.

A hearing Leeds Magistrates’ Court last week heard that following the incident, shop owner Shazad Bashir told staff not to call an ambulance and tried to convince his employee to say he had sustained his extremely painful injuries at home.

Mr Bashir, who ran the shop on Beeston Road, admitted breaching health and safety regulations and was sentenced to 26 weeks in prison, suspended for 12 months.

The court heard that on 24 August 2017, the victim had been draining the chip fryer by switching the machine on before emptying the oil into a plastic container, which was normal practice at the shop.

He then took the oil down into a cellar with no working light to pour it into a large drum. Because the cellar was unlit, the victim said he had to carry the container with one hand, using the light from his mobile phone to guide him.

The court heard as he attempted to empty the container, he slipped on the floor, covering himself with hot oil causing severe burns. He then collapsed to the floor where he suffered further injuries from the oil that had been spilled there.

Recovering enough to make his way back up the stairs, he alerted a co-worker, who contacted Mr Bashir. But the court heard that Mr Bashir told him not to call an ambulance and to wait for him to arrive.

He then took the victim to the hospital in a taxi and told him to tell hospital staff he had sustained his injuries at home rather than at work.

The court heard the victim spent four weeks in the burns unit at Pinderfields Hospital in Wakefield and will continue receiving treatment for the foreseeable future which could include further surgery.

After the incident was reported to them, Leeds City Council’s environmental health team carried out a number of inspections of Yorkshire Fried Chicken where they found serious breaches of health and safety regulations.

Among them were the slippery floors in the cellar and on the steps leading down to it, and a lack of adequate lighting. They also found there was no risk assessment or safe system of work for the emptying of fat fryers.

“This was a terrible incident that has left a man with life-changing injuries and which should never have happened.

“Everyone working in Leeds has the right to go about their jobs in an environment which is safe and where their employers have taken every precaution to ensure they are not at risk.

“I hope this sentence passed down by the courts sends a strong message to businesses in Leeds that we will not tolerate employers who flout regulations put in place for the safety of their staff and we will prosecute those who put employees in danger.”

The company have been required to review their operating procedures and have put significant changes in place to ensure they comply with regulations. Yorkshire Fried Chicken has a 5 (Very Good) Food Hygene Rating.