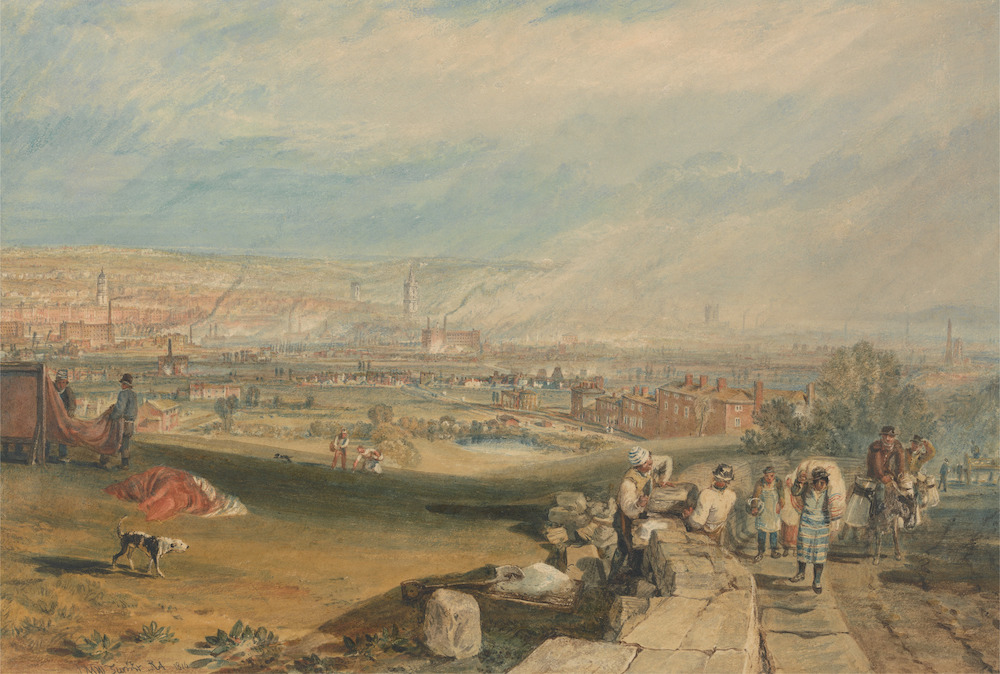 As a teenager I often visited Temple Newsam House with Mum and Dad or with a friend from school.

Once they had on display a framed road map from the early eighteenth century, I think. It was the packhorse route from York to Manchester. The way was presented in sections, horizontally, one on top of the next and very easy to follow. I looked in amazement. It went up Beeston Hill and on to Millshaw and then Churwell Hill.

In the eighteenth century there were the turnpike roads which involved the payment of a toll. Apparently, they were slow in creating Elland Road and Dewsbury Road, and so Beeston Hill gained temporary turnpike status.

And then, from the early nineteenth century, there’s that very nice painting by JMW Turner of Leeds seen from Beeston Hill.

Sometime in the latter part of the nineteenth century Beeston Hill needed to be improved, partly due to a sudden severe gradient. Maybe they already had “tramway” in mind.

Apparently, the villas on the left had their gardens reduced, hence the steps to their front doors. The unusually narrow footpath on that side of the hill has something to do with creating the necessary width.

The end of Lodge Lane (with its funny slope) was changed to improve a certain gradient and make the curve less sharp.

Thus the last villa (now the African Supermarket) lost all its garden and the front door (now on the first floor) had to be converted into a window.

I’ve been in that house in the past. Mr & Mrs Tallant lived there with one of their three shoe shops in the former cellar.

Next to that building are red brick ones which postdate the roadworks, as does Hillside Buildings.