Beeston Festival has announced its first batch of sponsors for the 2017 event, which takes place in Cross Flatts Park on Saturday 15 July. 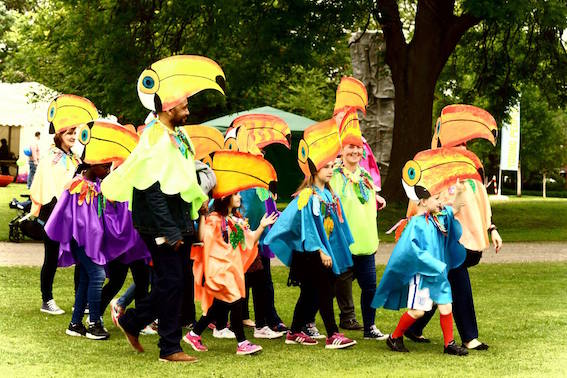 The main sponsor will be the White Rose Office Park, a 27-acre business park which is firmly established as one of Leeds’ foremost office locations, and home to some of the most well-known and global names.

“Supporting the local community is very important to us. We know that Beeston Festival has always been a brilliant success in bringing people together and it is with great pleasure that we as a business can support such a close knit community.

“In the past we have supported many local causes in Beeston through the Arise charity and hope that we can support Beeston Festival for many years to come.”

Other sponsors named so far are DePuy Synthes, the medical orthopaedic products and biomaterials firm; Unity Homes & Enterprise and Leeds Federated – both social landlords with properties in the area.

The festival, which regularly attracts 5,000 residents to enjoy music, food, stalls, games, sports and a fun fair, has a budget of almost £20,000 has also received a number of grants.

Councillors on the Inner South Community Committee are set to award a grant of £5,000 in addition to Councillors from both Beeston & Hunslet and City & Holbeck giving ‘MICE money’.

The festival has received just over £3,000 from Leeds Inspired to run Bollywood dance classes in the run up to a performance on the day. There will also be a carnival parade featuring local school children which will kick off the day. The parade has been supported by a Big Lottery Fund Awards For All grant.

To book a stall at the festival, download a form here: beestonfestival.org.uk/stall-application/. Bookings close at 5pm on Friday 9 June.