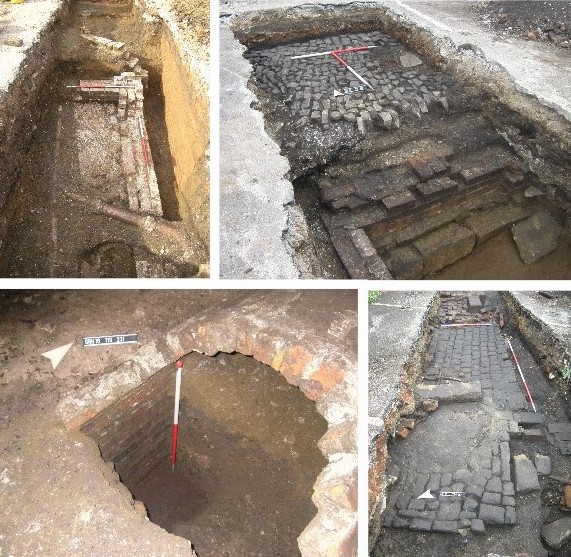 If you’ve been along Water Lane in Holbeck recently you will have seen the earth movers and other machines preparing sites for new building. But did you know that they are also uncovering Holbeck’s industrial heritage?

Whilst much of the history of this area was known before the diggers arrived, archaeologists have taken the opportunity to examine the site. They have uncovered artefacts including pottery, metal, animal bones, items of dress, leather from women’s shoes and personal items such as a teaspoon and a toothbrush.

Writer Jon Howe is chronicling the transformation of this part of Holbeck in a fascinating blog called A Leeds Revolution.

John Marshall is a central figure in the development of Holbeck and the Industrial Revolution more widely. A street is named after him and two of his mill buildings still stand on it. But did you know that the building we know as Marshall’s Mill he knew as Mills C, D and E. Which begs the question – what happened to Mills A and B?

Marshall’s first mill, Mill A, was built in 1791 on land between the Hol Beck and the newly completed Leeds & Liverpool canal. This mill was highly productive and started Marshall’s fortune, but the speed of industrial development was so fast that he soon outgrew it. Just 26 years later he had left behind both Mill A and Mill B to build Marshall’s Mill and would go on to build the famous Temple Works a further 24 years later.

Mills A and B were demolished soon after and have been covered by a hotch-potch of evolving industrial buildings ever since.

There’s much more detail in Jon article, and if you’re interested in this period of history, I urge you to read the full article here.

Jon’s also written about the people of Holbeck, past and present and the issues facing the regeneration of the whole area.