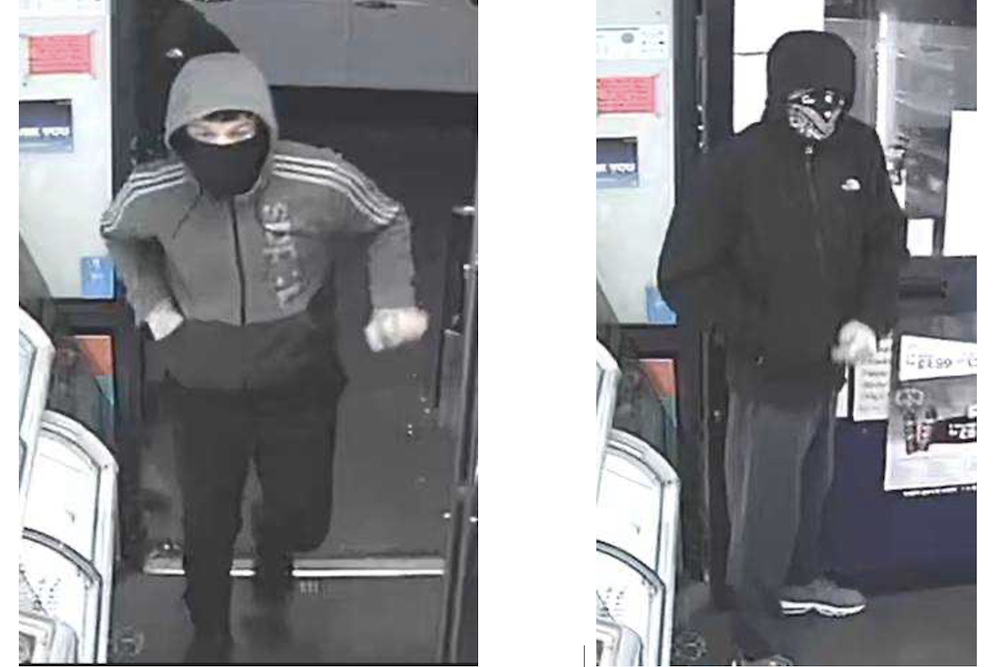 Detectives have released CCTV images of two men they want to identify over a gunpoint robbery at a newsagent shop in Middleton.

The two suspects shown in the images were involved in the incident at Gateways Newsagents, in Middleton Park Road, shortly before 8pm on Tuesday 2 November 2021.

The male in the grey Adidas top produced a handgun and threatened staff before stealing cash from the till.

While both suspects have their faces covered, it is hoped someone may recognise them from their clothing and build.

Anyone who thinks they know them or who has any information that could assist the investigation is asked to contact DC 990 Beaumont at Leeds District CID via 101 quoting crime reference 13210564457 or online via www.westyorkshire.police.uk/101livechat