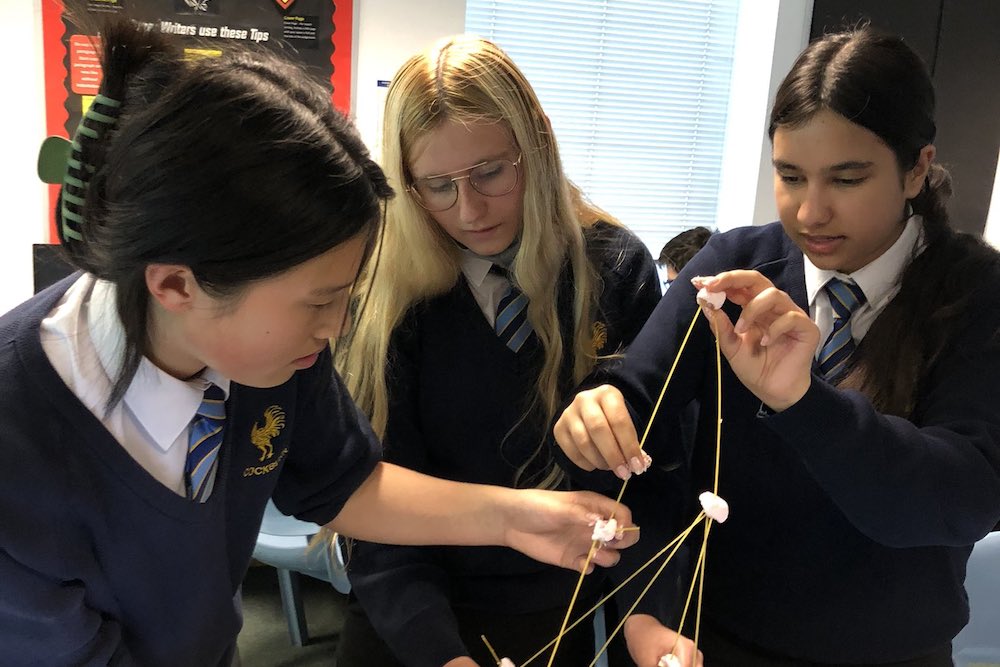 The primary and secondary schools from the Cockburn Multi-Academy Trust have had an excellent start to the new academic year and have much to report from a very busy term.

All of the schools are extremely proud of the excellent attendance to school of their pupils and students and of how engaged they have been in their lessons. They have been resilient, respectful and have showed pride in their uniform, behaviour and learning.

In September/October, all three secondary schools hosted their Open Evenings to prospective families of children in Year 6. These events were incredibly well attended with over 2,000 visitors meeting the students and staff in the schools and experiencing a host of exciting activities planned by the different subject areas across the schools.

Cockburn Laurence Calvert Academy opened in September in their new Phase 1 building next to the St George’s Medical Centre. The founding members of the academy are a cohort of 211 Year 7 students and they have settled in extremely well and look very smart in their burgundy jumpers!

The beginning of their extra-curricular programme has seen more than half of the school taking part in clubs such as Football, Harry Potter Club and Eco Club.

16 students have been selected through a very rigorous application process to become members of the first Student Council.

French horn player, Julia W in Year 7, has been nominated by Opera North to take part in ‘In Harmony – Opera North’. She was one of 24 selected from over 2,000 applications.

The girls Under 14 football club have been successful in securing a place in the second round of the cup with a resounding 3-0 victory against Crawshaw High School.

The academy recognised Black History Month through a week of whole school assemblies which were presented by the history department alongside Year 11 students who spoke passionately about their own personal inspirational figures.

The P-TECH group has made excellent effort and focus in their aspirational approach to independently making progress toward external accreditation through IBM’s Open P-Tech Programme.

Over 500 students took part in at least one extra-curricular activity during September and October across a wide range of subjects including Sports Journalism Club, Sum Club, Debate Club, as well as many ICT, arts, technology, sports and performance clubs.

For Black History Month, the History department focused on a wide range of people, stories and exhibitions. They were also delighted to receive 130 books from Penguin UK Books which they will be integrating into their diverse curriculum to develop knowledge and literacy.

A special mention to Brooke W in Year 11 who has recently been accepted into Team England’s Hip Hop Cheerleading team and will be competing at the Cheerleading Worlds at Disney, Orlando Florida in April next year. A fantastic achievement that began when Brooke attended cheerleading club at Cockburn School.

Pupils had their first assembly for Meat Free Monday – some children have never had an assembly – but they were brilliant! They have also celebrated a virtual harvest.

All year groups have visited the Ledston Estate this term to enjoy the outdoors. 12 children have taken part in the Inspirations Programme via the Cluster which has provided opportunities for skateboarding, canoeing, ice-skating, go-karting and mountain biking.