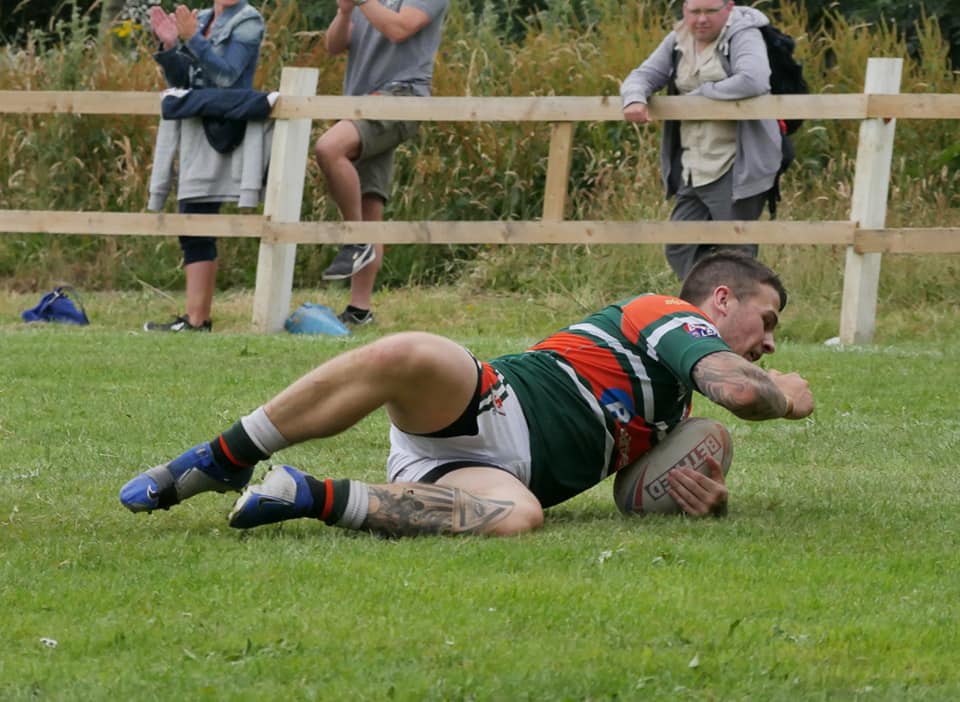 After recent slip ups against Doncaster and Newcastle, the trip to face the Coventry Bears today (14 July 2019) had become a must win game for Hunslet RLFC. The Bears made a match of it, but Hunslet pulled away in the second half to win comfortably 20-48.

Coventry were the first on the scoreboard after Lewis Taylor broke the line and crossed for the try. Elliott Hall converted to give the Bears a 6-0 lead after 5 minutes.

The Bears went further ahead from a penalty ten minutes later. 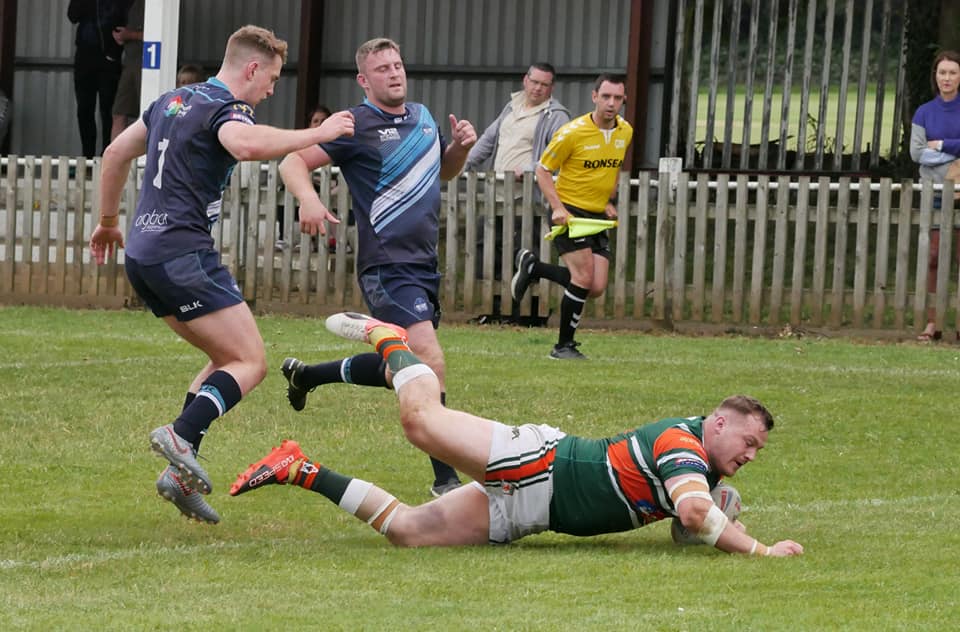 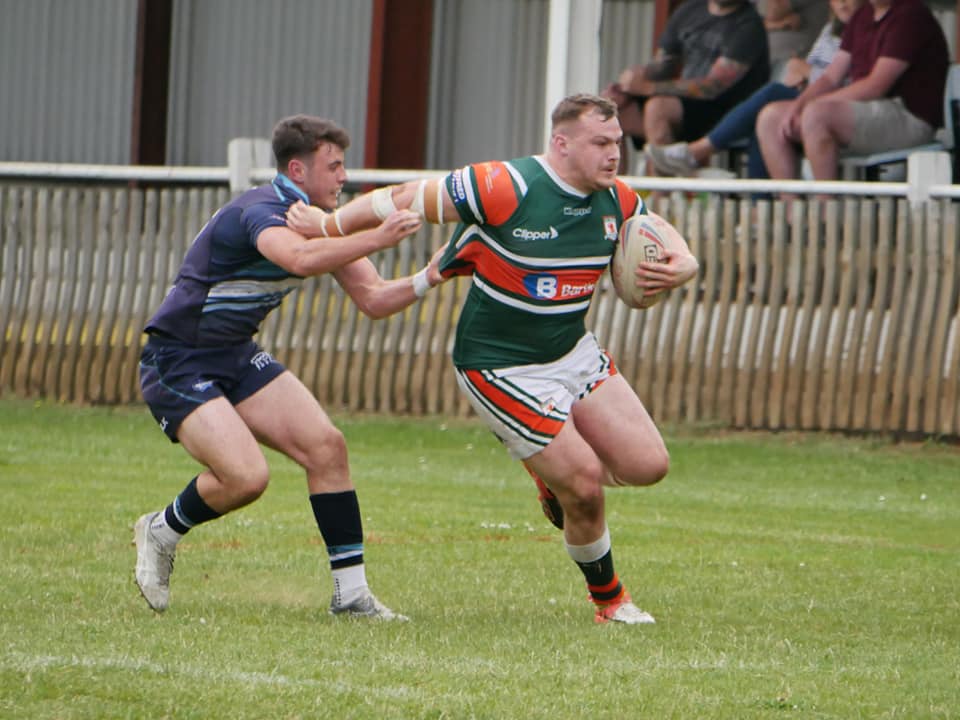 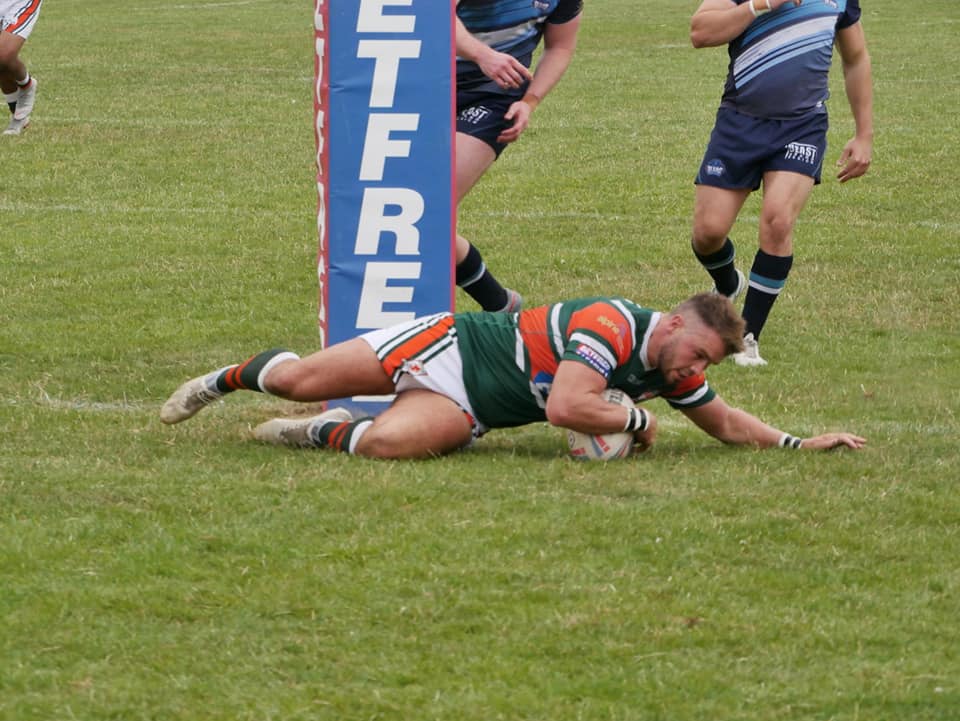 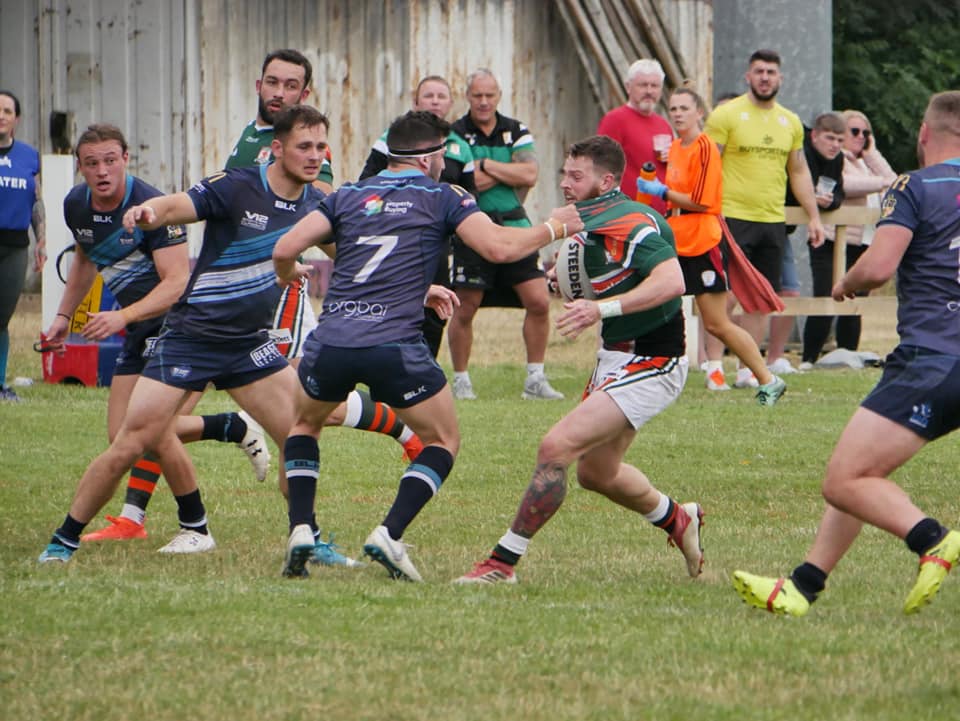 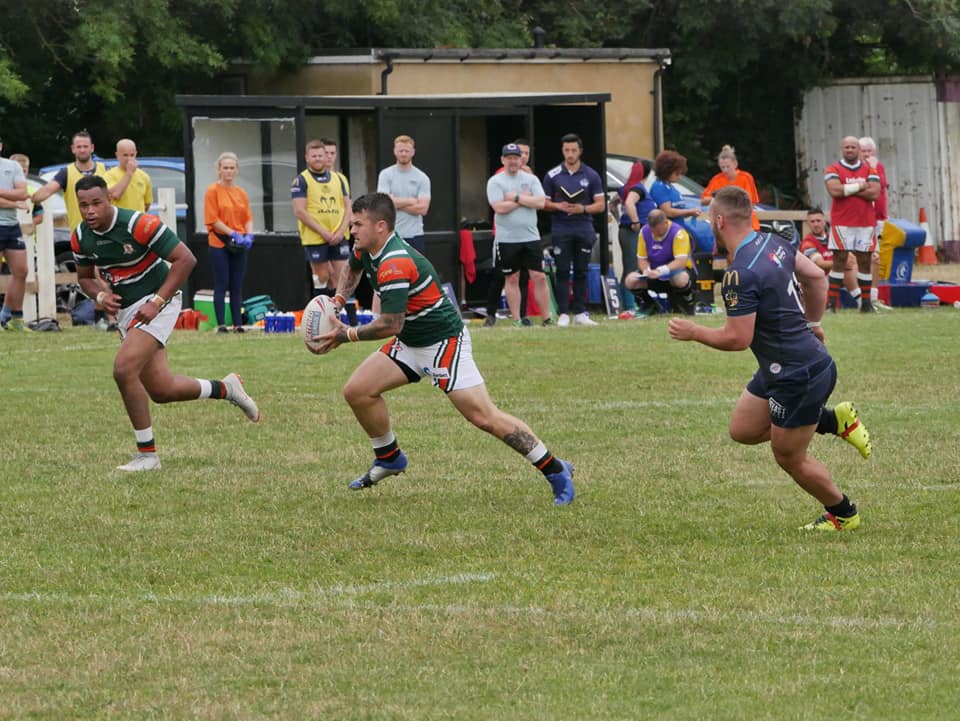 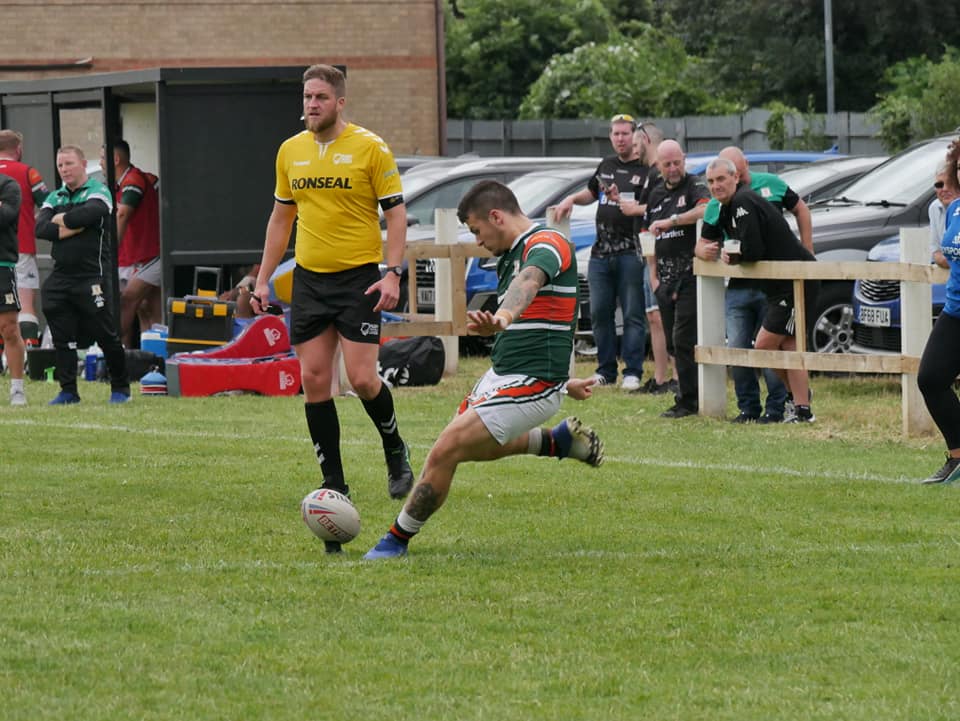 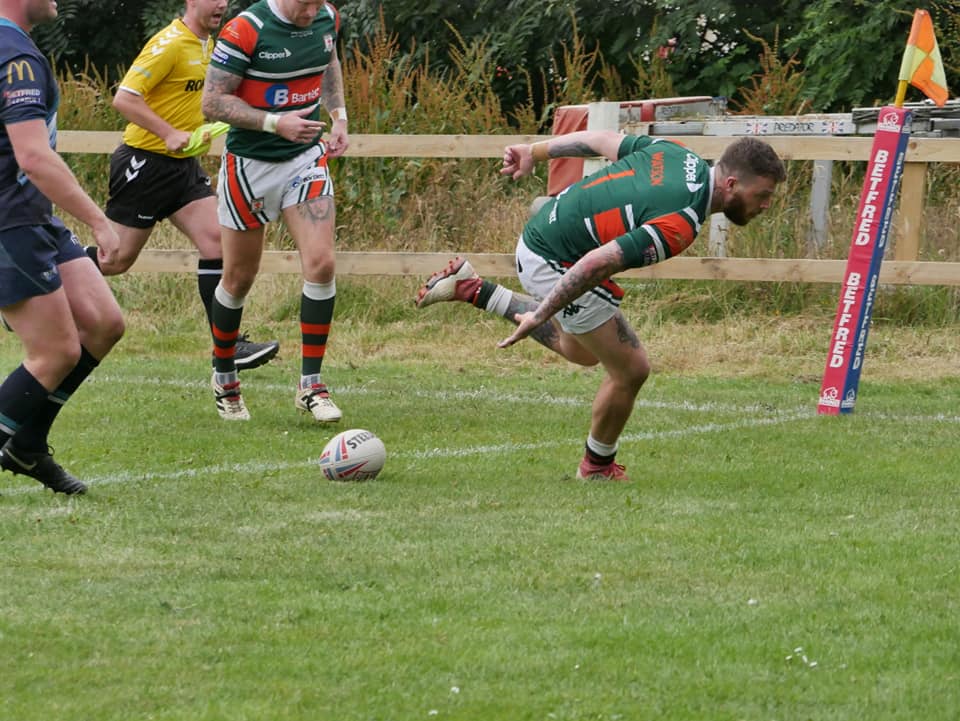 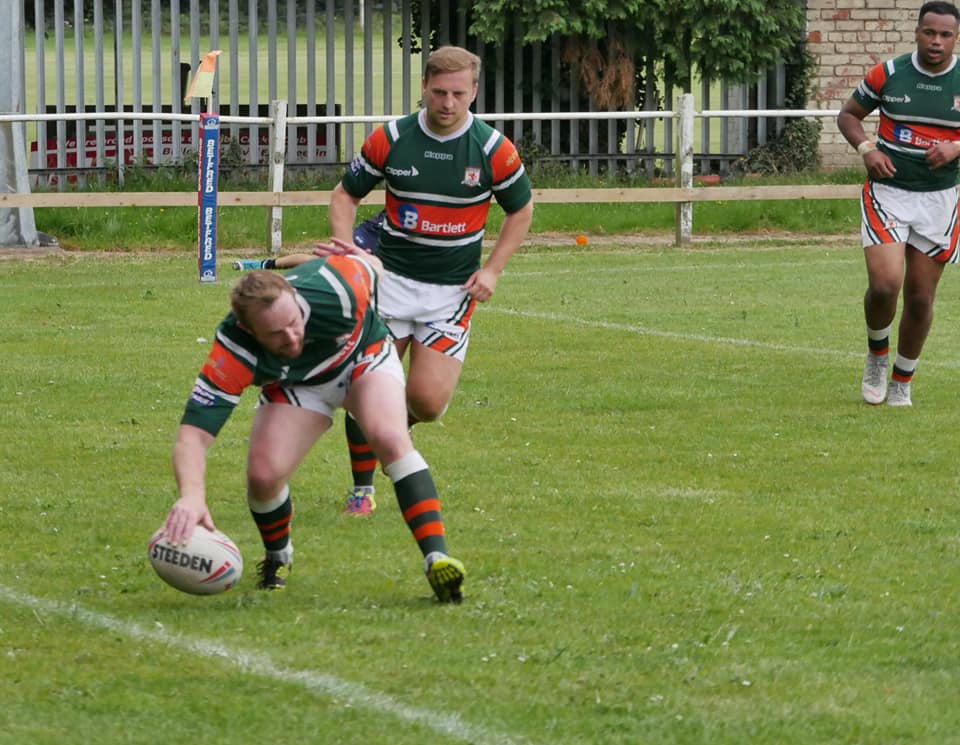 Hunslet then scored twice in three minutes, both from well timed offloads to put Tom Ashton and then Josh Tonks through. Both tries are converted by Reece Dean to put the Parksiders into a 12-8 lead.

Another try in the right hand corner by Gareth Potts, this time not converted extended the lead to 16-8.

Coventry hit back on the half hour, when Jacob Jones broke the line and fed Elliott Hall to score. Hall converted his own try to bring the Bears to within two points.

As half time beckoned, Hunslet won a penalty on half way and used back to back sets to work the ball upfield for Nathan Chappell to score on the right. With Dean’s conversion, Hunslet take a 14-22 lead in at the break.

Ten minutes into the second half Coventry literally picked up on a Hunslet mistake and Elliott Hall ran fifty yards to score, he then converted the try to make it 20-22.

Hunslet now took control of the game, scoring five unanswered tries over the next 20 minutes.