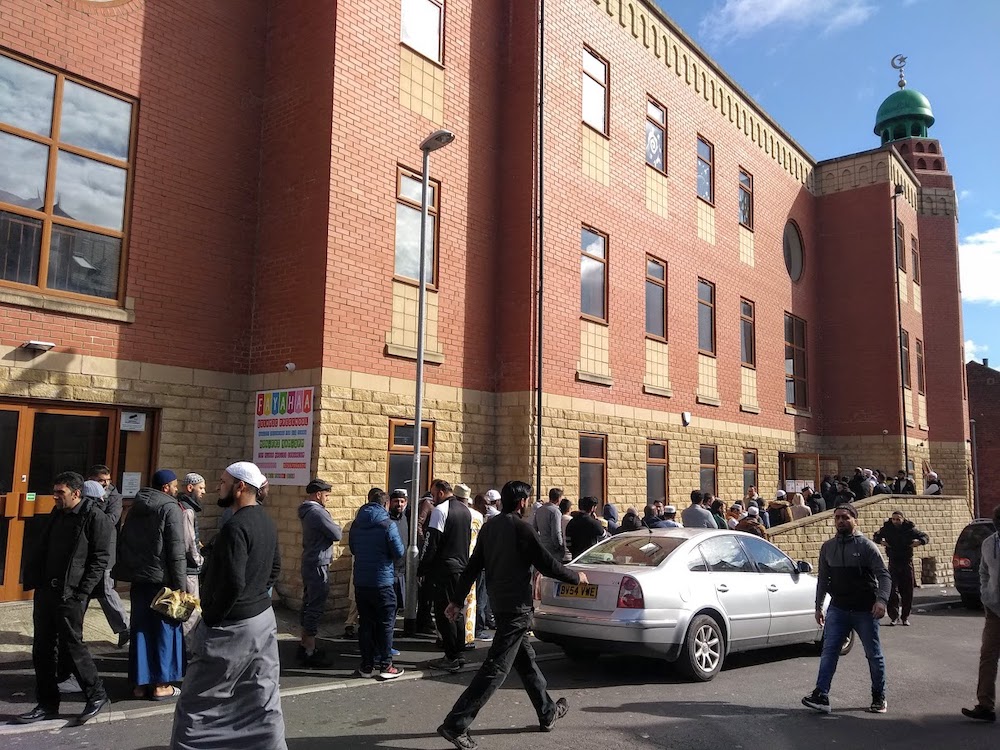 We are aware that this post keeps being circulated on social media. Please note that it refers to the situation on 20 March 2020, three days BEFORE the lockdown was announced.

The Abu Huraira Mosque on Beeston Hill and the Al-Madina Masjid off Dewsbury Road had announced their closures on Thursday but Masjid Ibraheem on Woodview Road remained open for Friday prayers.

The normally busy Abu Huraira mosque had shut its gates and turned away several worshippers who had not heard the news.

A mosque representative, who did not wish to be named, said:

“Having a gathering of more than 100 people is too risky, especially for those with diabetes and health problems. We’ve taken years to build this mosque, so the last thing we want to do is close it. We’re taking it week by week.”

Muslims have been urged to pray at home by Abu Huraira, who added that jummah prayer can be performed at home by three people. The Muslim Council of Britain on 16 March called for the suspension of all congregational activities in UK mosques and Islamic centres.

The scene was very different at the nearby , where Friday prayers were being held from 12.30pm in multiple short sessions to cope with the closure of the first floor and larger worshipper numbers.

Worshippers could be seen queuing outside the entrance waiting to be allowed in, with some wearing face masks and many others not.

A mosque steward, who did not wish to be named, explained that the mosque’s policy was to hold lots of short sermons and prayers without allowing worshippers to perform extra prayers before or after. Prayers would commence as soon as the room was full rather than at fixed times.

“We’re putting in tight measures: no over-70s, no children, no one with coughs or sneezes, no one with underlying health issues,” he said.

“We had long discussions. We’re taking it every day as it comes. It was very short notice.”

The Bangladeshi Community Centre’s Al-Madina Jam-e Masjid’s management committee announced on Thursday that it too was suspending all services until further notice.

“Following advice from medical professionals, scholars and other masjids, we’ve decided to take the difficult decision to temporarily suspend all services and gatherings including all daily prayers and jummah prayer,” a sign on a building window said.

“We will continue to carefully monitor the situation and inform our congregation of any updates.”

Abu Huraira Mosque could not confirm the cancellation of Ramadan events at this time. However, children enrolled in its educational activities will be able to continue their studies from home with weekly check-ups with parents via telephone.

The mosque closures follow the actions of other local places of worship. St Andrew’s Methodist Church on Old Lane and Beeston Hill United Free Church were two places that had already closed their doors amid the coronavirus outbreak.

Beeston St Mary’s has cancelled services, but the church will be open at the usual service times for individuals to pray.

“All will be asked to wash hands and refrain from physical contact” explained Rev Lindsey Pearson. “Please pray for all those affected. Apart from those who get ill many will be feeling anxious and alone. We will try to support each other through this difficult time”

St Luke’s Church on Malvern Road, Beeston is currently closed for building works and the congregation had been meeting at St Luke’s Primary School. From Sunday they will be able to follow weekly a live-stream at 10:30am on Facebook, organised by Rev Alistair Kaye.

10 Replies to “Services cancelled but worship continues amid Covid-19”