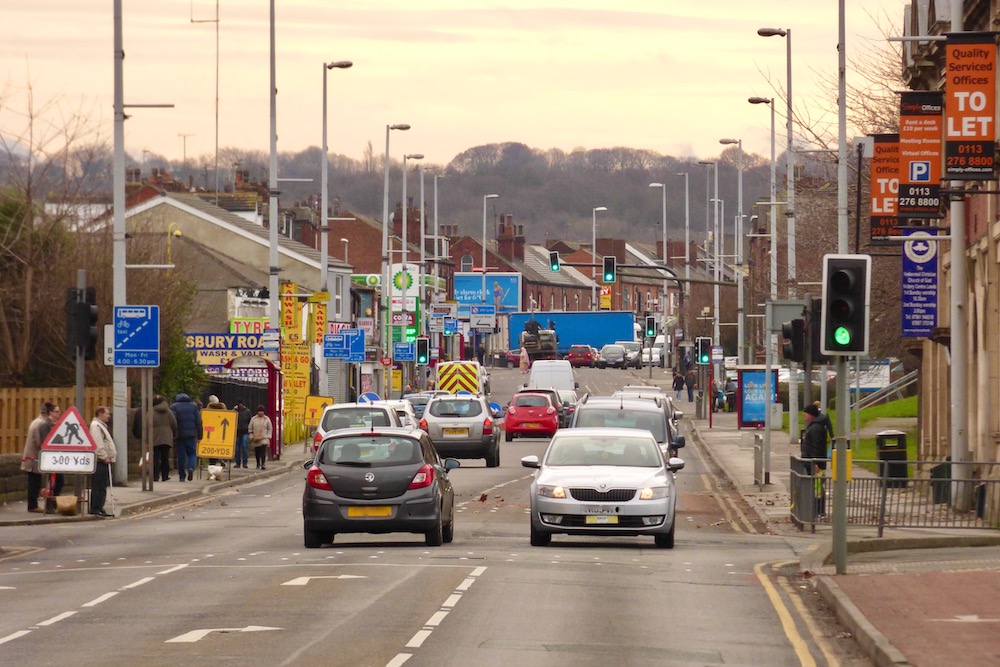 Cllrs Paul Wray and Cllr Mohammed Iqbal (Labour, Hunslet and Riverside) have welcomed the news the Leeds Antisocial Behaviour Team (LASBT) have begun the process to build the case for a Public Space Protection Order (PSBO) to cover the majority of Dewsbury Road (within Hunslet and Riverside Ward) and the surrounding residential streets shown below. 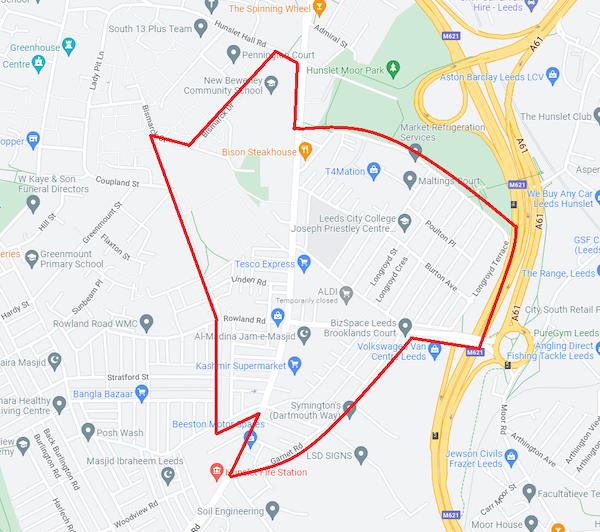 The area has seen a significant increase in issues related to on street drinking, substance abuse, persistent begging, and Trap Houses (Drug Dens) since the pandemic ended. Traditional methods of dealing with the issues have had limited impact or are being constrained by the lengthy legal processes needed to handle them.

“It is good news that LASBT and partners in West Yorkshire Police (WYP) are now looking at the evidence to create the case for a PSPO. Many of the powers they currently have are very reactive, meaning they can only become involved once a problem has developed. The PSPO will allow for a more proactive approach by providing agencies with more enhanced powers. It is very much needed.”

It will take LASBT around six months to complete the review and build the needed evidence case for the PSPO – assuming it is then approved by the courts. In the meantime, residents are encouraged to keep reporting issues to WYP and LABST

If you see anything criminal taking place, please keeping calling 101 or use 101 Live Chat via westyorkshire.police.uk/101LiveChat. You should always call 999 if there is an imminent risk of harm to you or other members of the public. If you wish to pass on information to the police anomalously, you can also call Crime Stoppers on 0800 555111. If the behaviour is antisocial, rather than criminal, please call (0113) 222 4402 or email lasbt.triage@leeds.gov.uk.