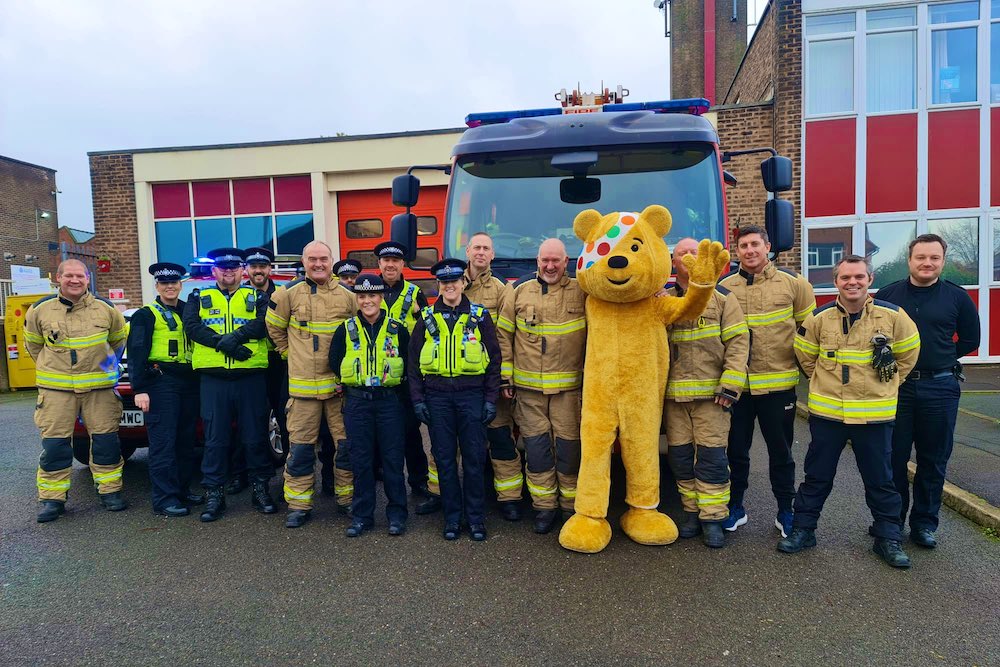 As we move into the Christmas period, I would like to update you all on some of the excellent work of your local Neighbourhood Policing Teams in supporting charitable causes.

BBC Radio Leeds recently conducted the Big Baton Challenge for Children in Need. I was pleased to be able to welcome the BBC team as they travelled into the South of Leeds. My teams, alongside the West Yorkshire Fire and Rescue Service supported one part of the leg as they travelled from Morley towards the City Centre.

My teams and I are also happy to support the Friends of Hunslet Moor Santa Toy appeal. The appeal seeks to receive toy donations for local children to receive a gift from Santa. Donations of toys, games, stationary, books, craft items, puzzles and selection boxes are welcomed. If you would like to make a donation, Elland Road Police Station has a donation point, operated by the Inner South Neighbourhood Policing Team.

Some ward areas in South Leeds are amongst the most deprived neighbourhoods nationally. In a time of high prices, rising inflation and a general surge in the cost of living, it is extremely important to support the efforts of others to support those most in need.

Later this month I will be attending the Leeds City Council Safer/Stronger Communities Awards. I am pleased to say that the dedicated On-Street Sex Working Team have been nominated for Team of the Year. The team work in a really challenging area of policing and operate with compassion, empathy and a real desire to support and protect the community. Policing often finds itself in challenging positions where it is not possible to give everybody their desired outcomes.

I am proud of the team’s work, which is characterised by increased levels of support for vulnerable women, lower levels of reported sex working and a relentless pursuit of dangerous offenders who pose a risk to the community as a whole.

For those of you venturing into the city to celebrate the festive period and city nightlife, please be reassured that the District and Neighbourhood teams operate a well-staffed and well drilled night time economy operation to maximise your enjoyment of the city, and to keep you safe.

The Ask for Angela campaign is also in operation across licensed venues in the city. If you feel uncomfortable, threatened or unsafe, you can approach staff and ‘Ask for Angela’. The use of this coded phrase will prompt help and support from staff and from the Police, and links in with West Yorkshire Police’s strategy to reduce violence against women and girls.

As a force, district and Neighbourhood Policing Team we remain committed to creating safer spaces and targeting dangerous offenders, with the intention of providing an environment where there is confidence in having a safe night out in our city.

Whatever your festive period looks like, I wish you a very merry Christmas, and a happy new year.