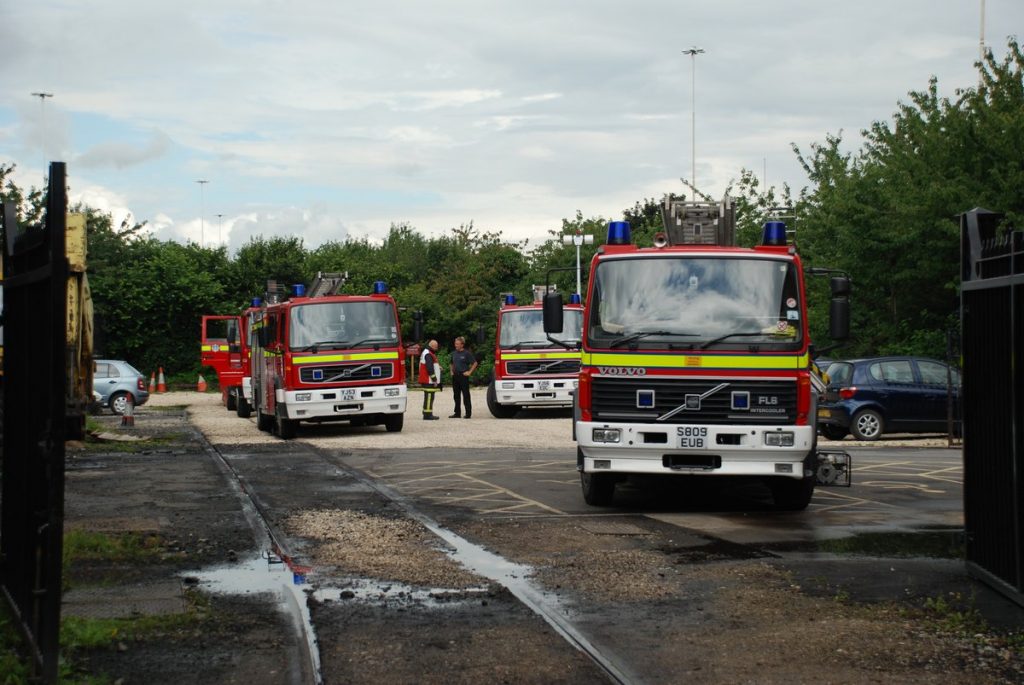 Over 100 firefighters from across West Yorkshire tackled a major fire in the early hours of this morning (15 July 2018) at the Jewson timber yard on Lake Terrace, off Moor Road in Hunslet.

A single story building on the site was destroyed by the fire and rolling stock on the neighbouring Middleton Railway was damaged. Residents of Lake Terrace were evacuated for a time at the height of the fire, but there are no reports of any casualties.

Fifteen fire engines, including two aerial units, attended just before 2:30am. As of 8am this morning three fire engines remain on site to finish damping down the fire.

“Luckily we haven’t suffered too much damage, but with the emergency services still working next door and out of respect to local residents we will remain closed today.

“We plan to operate services again next weekend and go ahead with the official opening of our new Running Shed on Saturday 21 July.”