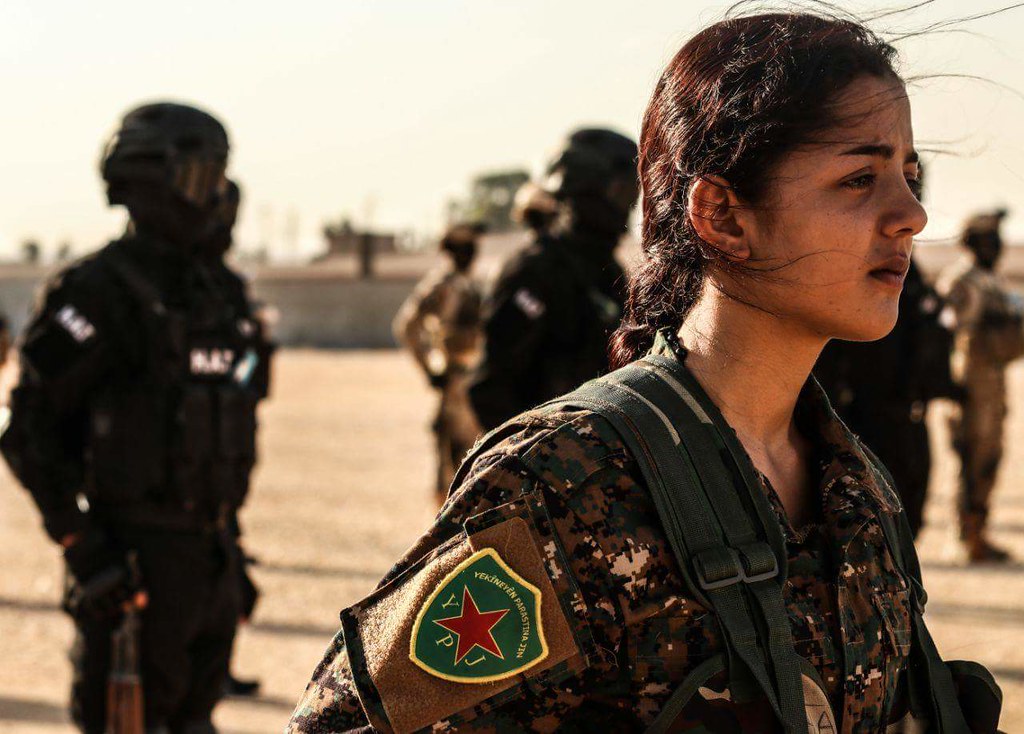 This week has seen another major upsurge of violence in the Middle East, with the heavily-armed Turkish army launching a major invasion into the Kurdish-held lands in northern Syria. South Leeds Life met with Kurdish south Leeds resident Rebwar Sharazure, a local business owner and community leader, to hear his story and reflections on current events.

“I came to Leeds 15 years ago, aged 17, as a refugee fleeing the war in Iraq then. I’m so grateful to the welcome and safety I’ve received here in the UK – and my friends, family and I are trying hard to ‘put back’. We’ve opened shops and a bakery, and together run a community association called Kurdish House. We run programmes for our community, like a weekend school – but are also working with different local residents on local litter picking, volunteering at events like Beeston Festival, bringing the community together, and generally trying to make Leeds better.

“I grew up in Kurdistan, a land with a 50 million strong Kurdish majority, and others – split since 1920 between Turkey, Syria, Iraq and Iran, although still not recognised by the international community. We’ve lived there – alongside the Turks, Arabs, and other peoples – for over 1,000 years. But the past century in particular has seen us (and other minorities) routinely marginalised and oppressed by the regimes in those four countries.

“When the Syrian war broke out in 2014, our volunteer militias (the YPG) first fought against Assad and his aggressive regime. And from the chaos, we – and the other local peoples living amongst us in northern Syria – created a self-governing region called Rojava, based upon democracy, multi-faith and multi-ethnic rights, and peace.

“But as the war evolved, we found ourselves fighting mainly against ISIS – who were particularly perpetrating war crimes against us, and affiliated groups like the Yazidis. With support from the West, we led the fight against ISIS, on behalf of the world; but we paid a heavy price, with 11,000 of our people killed and 20,000 injured. Over decades, we’ve suffered plenty in the battle for freedom: my father was one of four brothers, but he is the only one not to have been killed in recent wars.

“The past week has been terrible. The Turkish regime has persecuted the Kurdish people within their borders for many years, and also supported ISIS in their fight against us. But now, the huge Turkish army – with fundamentalist allies – have entered our land, and created carnage: bombings, killings, beheadings, and driving 200,000 people from their homes. The Kurds in Syria have not once attacked Turkey. But the Turkish president Erdogan is playing power games, trying to use nationalism to boost his own popularity.

“We’re so disappointed by Trump and the US, for stepping back and allowing this to happen: we thought they were loyal allies. Long overlooked by the international community, we used to say “we have no friends but the mountains”. But now, many thanks to all those speaking out, showing their solidarity, joining us at our demonstrations, and joining the boycott of Turkish companies and refusing to holiday there – from here in Leeds and across the world.

“We have absolutely no problems with the Turkish people, only with their government – we respect everyone. We just want our rights, our freedom, for everyone to have a normal safe life. We don’t want war, we hope for peace: war won’t solve anything. If you believe in humanity, please support us. Contact us anytime if you want to hear more – and thank you again.”