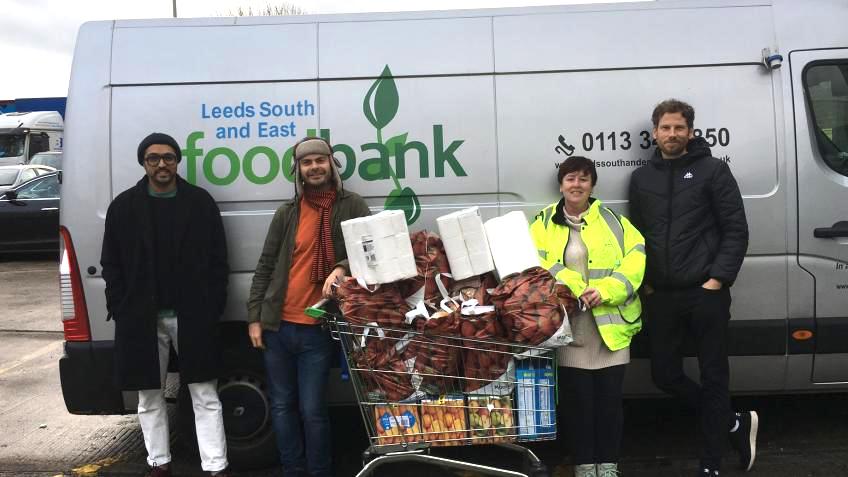 The Leeds South & East Foodbank has made an urgent appeal for donations as it faces higher demand and new pressures due to the coronavirus outbreak.

The foodbank has said it there is an increased demand for its services, which it expects to get higher, while receiving fewer donations due to people “changing their shopping habits”.

It is also having to cope with the loss of volunteer staff who cannot work as they are categorised as belonging to ‘at-risk’ groups.

South Leeds Life has learnt that Holbeck Food Bank finds itself in a similar predicament as demand for its services has surged in recent weeks.

The Leeds United Supporters’ Trust has provided a huge helping hand to both of the city’s main foodbanks.

The Leeds Fans Foodbank JustGiving page has raised over £26,500 for the North & West and South & East foodbanks, exceeding the original £20,000 target.

The total was boosted considerably after Leeds United fanzine and podcast The Square Ball raised over £13,000 for both foodbanks in a week through a 24-hour Football Manager marathon.

To contribute to the Leeds South and East Foodbank fundraiser, click here. Information about how to donate to the foodbank can be found on its website.

As we reported last month, Holbeck Food Bank are also seeking food donations and you can find out how to donate by calling 07710 467587.