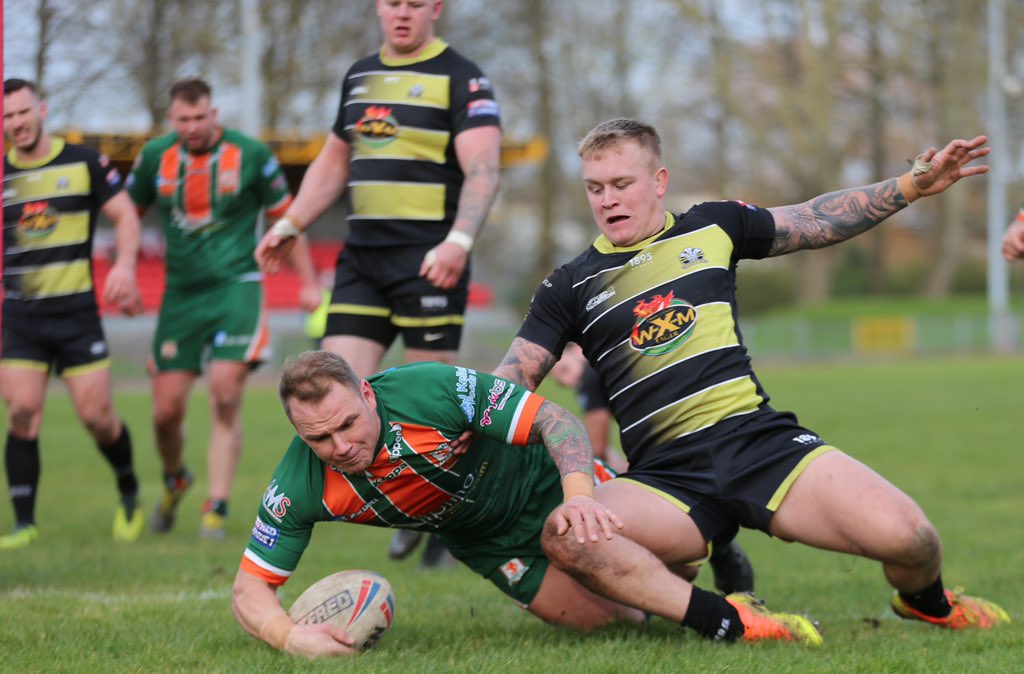 Hunslet RLFC came from behind to beat the North Wales Crusaders in the fourth round of the Coral Challenge Cup today (23 February 2020) in Wrexham.

The Parksiders scored first when Jimmy Watson crossed for an unconverted try following a penalty after 16 minutes. Ten minutes later the Crusaders got on the score sheet whilst Anthony Boardman was in the sin-bin following a dangerous tackle through Kieran Sherratt. They went further ahead when Sherratt put Elliott Jenkins through on the half hour. Tom Johnson converted both tries to give North Wales a 12-4 lead.

Good kicking from Dom Brambani helped Hunslet pull a try back before North Wales scored again just before half time, giving them a 16-10 lead at the break.

At the start of the second half the Crusaders went further ahead with a penalty from Johnson. With a quarter of an hour to play Earl Hurst was sin-binned for a high tackle and Hunslet took the opportunity to score five minutes later as Dominic Brambani crashed over under the posts and converted his own try to make it a two point game.

Anthony Boardman completed the comeback scoring in the corner with four minutes remaining, after the ball was moved out to the left. Brambani kicked the extras from the touchline to give Hunslet a 18-22 win.

The Parksiders will be hoping for a big name opponent as four Super League clubs enter the fray in the fifth round draw, which takes place on Monday at 6:30pm.

Hunslet’s delayed League 1 start will finally be made on Sunday 1 March with a long trip to Llanelli to face the West Wales Raiders.