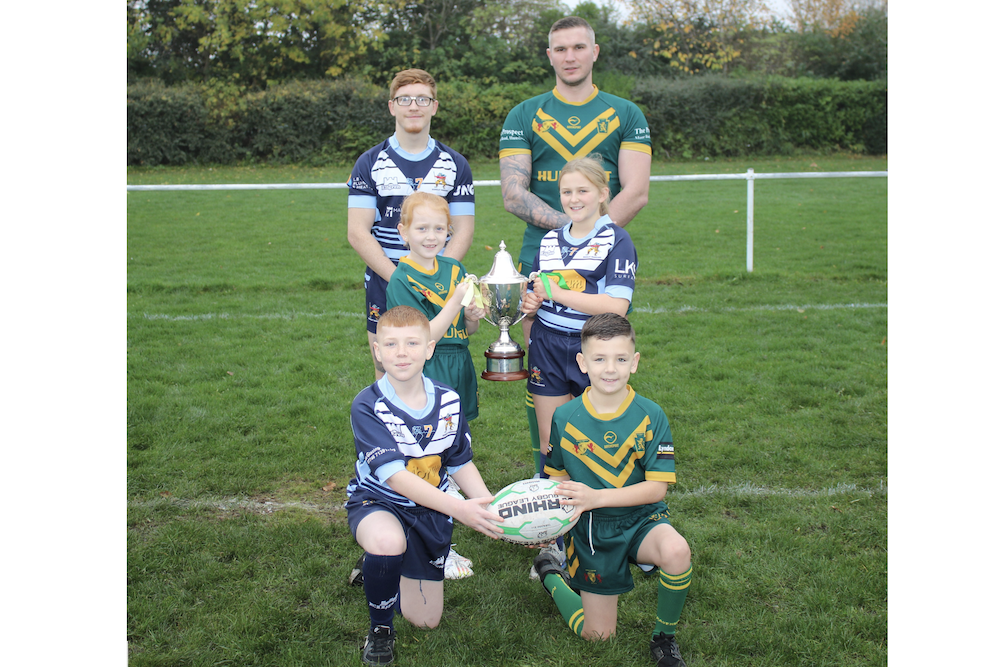 Two of the amateur game’s greatest clubs have shocked the rugby league world with the merger of Hunslet Club Parkside and the Hunslet Warriors who from the 2023 season will become Hunslet ARLFC.

Hunslet Club Parkside the reigning NCL Premier Division Grand Final Champions and their neighbours Hunslet Warriors will start the new season with a total of 18 teams – including two girls’ sides – ranging from Under 6s through to the Open Age 1st team, with the ambition to become the largest amateur Club in the country.

“This merger has secured amateur rugby league in South Leeds for the foreseeable future. We realised The Warriors and Hunslet Club Parkside were losing players to other clubs due to our not having the correct age groups for them to play in and no Hunslet player should be forced to play out of their area. It’s my ambition to create the best amateur rugby club in the country and with the terrific facilities at the Warriors and the unrivalled expertise of the Hunslet Club I’m confident this will happen.”

For many years there has been an intense rivalry between these two proud South Leeds clubs who have produced some of the greatest amateur and professional players to grace the game – Jason Robinson, Garry Schofield, Dave Creaser, Chev Walker, Paul McShane, Carl Ablett, Liam Sutcliffe and Mikolaj Oledzki to name but a few.

“We now have the chance to build the two merged clubs and move forward with top class facilities and coaching expertise ensuring amateur rugby league in South Leeds flourishes and continues to produce players not only to keep amateur rugby at the forefront of our great game, but also to continue the long production line through to the professional game. At the end of the day this merger is all about giving our kids the very best opportunities.”

“Creating a new amateur rugby league club is an expensive operation – producing new playing kits for 18 teams alone – and we hope that local businesses in Leeds and the huge number of our former players who started playing at our two clubs will help us find the sponsorship we need to make this the country’s premier amateur club. We have many sponsorship packages – from main club sponsor of Hunslet ARLFC to pitchside hoarding and programme advertising, match day sponsors and individual player sponsorship.”

For details of our junior and girls section contact ainsleywarriors@yahoo.com and the senior section p.thorpe@hotmail.co.uk