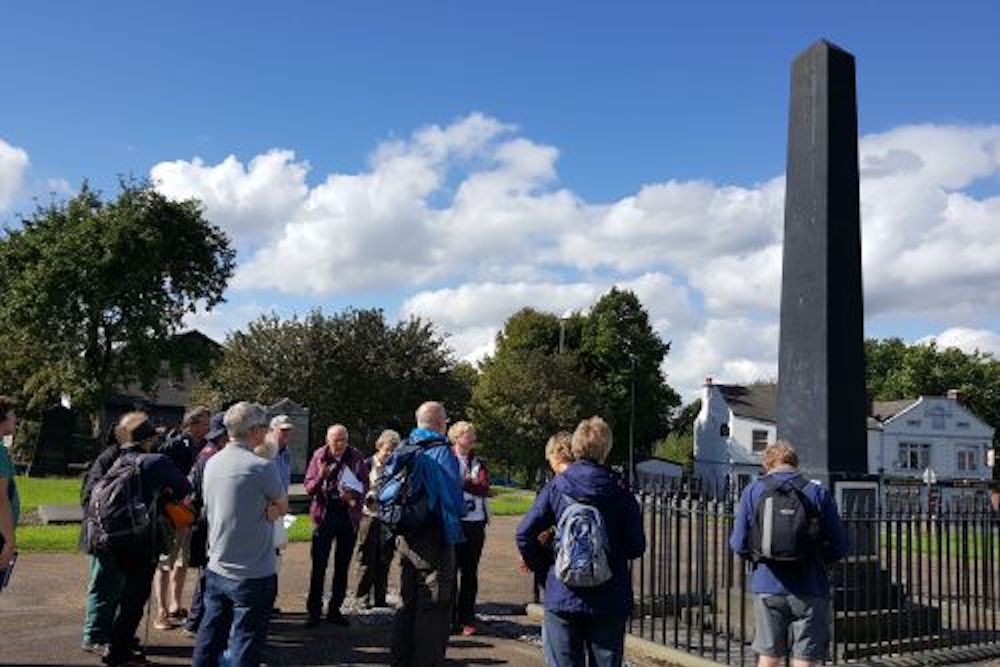 Heritage Open Days is England’s largest festival of history and culture. Every September thousands of volunteers across England organise events to celebrate our fantastic history and culture. It’s your chance to see hidden places and try out new experiences – all of which are free to explore.

We’ve picked out the top events happening in South Leeds from 11-19 September:

Aire and Calder Navigation Heritage Walk – Monday 13 September 2pm & Thursday 16 September 10.15am
A walk from the City Centre to Thwaite Mills discovering the rich history and heritage of the area, returning by public transport.

The walk will be led by Roderic Parker, Leeds Civic Trust guide, and will include the history of the Navigation and the river and their use for transport through the ages, the flood defences, Leeds Dock, local industries and the former railway line. Book: roderic.parker@btinternet.com

Join heritage pub enthusiast Jim Brettell for a guided walk round some of the city centre’s most popular examples.
The walk will cover a wide range of city centre heritage pubs, including the Adelphi and Whitelocks and will conclude at the Templar with an opportunity to buy a drink and discuss issues raised during the walk. A room has been reserved for this. Book: jimbrettell@ntlworld.com

There is lots to discover about Holbeck so take a leisurely tour with local historians Ian and Dennis.

The walk will start at The Holbeck, reputedly the oldest social club in Britain – with a blue plaque to prove it – and will include the Conservation Area and Urban Village developments. You will hear about the buildings and personalities that shaped the history and development of this fascinating part of Leeds. Book: ian.pickup@yahoo.co.uk

… This was at Middleton in Leeds in 1812! Heritage Open Day visitors will be given a guided and informative tour of our museum and Display Hall. They will get an account of how the horse-drawn colliery addressed the crisis of horse traction of 1812 by using revolutionary technology and see (pinion) track from 1812. They will also hear about the railway’s brush with the machine-breakers who were of course in action in the area. Plus, they will see how a locomotive boiler works and explore the cabs of some locos – many in our collection (diesel as well as steam) having been built locally in Hunslet. Hunslet-built locos were exported around the world – including the Picton, which was brought back from Trinidad and is now on show with us. As visitors will also hear, Middleton was the first standard-gauge railway to be taken into preservation in this country. Finally, visitors will be able to see the trains working -though if they wish to ride, they will need to buy a ticket!

To celebrate ‘Edible England’ Northern Monk are offering two tours of the original brewery. Listen to a detailed talk about our brewing methods and then pop up to the bar above to enjoy some beer and food.
Northern Monk is located in the Grade 2 listed Marshall’s Mill complex, a former flax spinning mill, once the beating heart of industrial Leeds, which has been restored to celebrate its working heritage. The brewery continues to expand every year as a pioneer for independent businesses in Leeds and keeps the spirit of Marshall’s Mills alive.

A Guided walk round Middleton Park highlighting aspects of the Brandling Family’s influence as Coal Mining magnates and owners of the Middleton Estate.

In the 18th century, under the Brandlings, the Middleton Estate became the major coal provider for Leeds. In 1758 the first Railway Act of Parliament enabled the building of the Middleton Railway to take coals to Leeds. In 1812 the railway became the first in the world to make successfull commercial use of steam locomotion using four engines and a rack rail system designed by John Blenkinsop and built by Matthew Murray. The Brandling family had a major influence on Middleton.

The walk starts at 2pm from the Visitor Centre at Middleton Park and last aproximately 90 minutes.

Michael Meadowcroft’s talk takes place in The Holbeck, reputedly the oldest social club in Britain and a building that his subject George Ratcliffe will have known well. Enjoy a drink before the talk.

Having the means to cope financially in politics could be very difficult until relatively recently. George Ratcliffe, a long serving Liberal leader, built up a flourishing confectionery business which enabled him to compete with the self made worthies and the professional men who flourished in the politics of the early twentieth century.