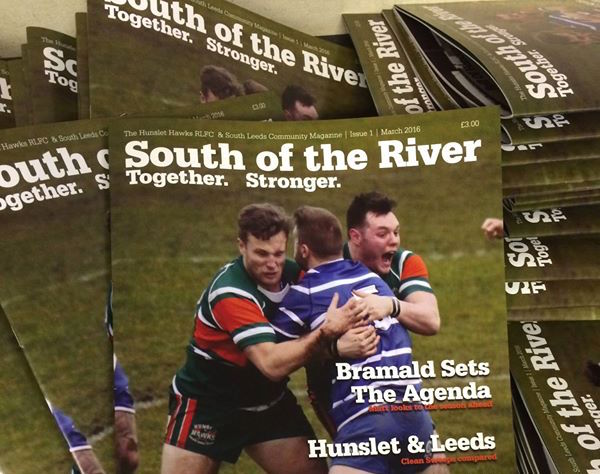 Sunday’s Challenge Cup clash with Barrow Raiders will see the launch of the new Hunslet Hawks’ monthly magazine “South of the River”. 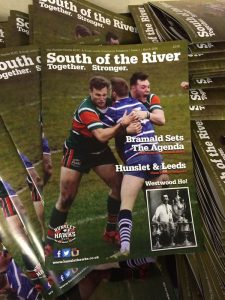 In recent years the club have received a lot of plaudits for their programme, but they are keen to expand the readership beyond match day supporters. As well as covering the Hawks, the new magazine will have features on our local amateur teams as we continue to strengthen links within the community.

Editor in Chief is lifelong Hunslet fan and respected rugby league journalist Phil Hodgson. Not to be confused with the Hawks’  Community Director Phil Hodgson.

The club are confident that the magazine is going to be a big hit with supporters, but many supporters love to collect their match day programmes. Steve White is one such supporter so he came up with the idea of producing an abridged version. A limited edition of 100 will be on sale for £1 at every game. Each programme will have a unique number which will gain entry to a prize raffle to be drawn in the Phoenix after the match.

The Club would like to thank Steve for his input and also finding a sponsor to fund the programme’s production, the world famous Scandinavian Hawks, who will appear on the back cover.