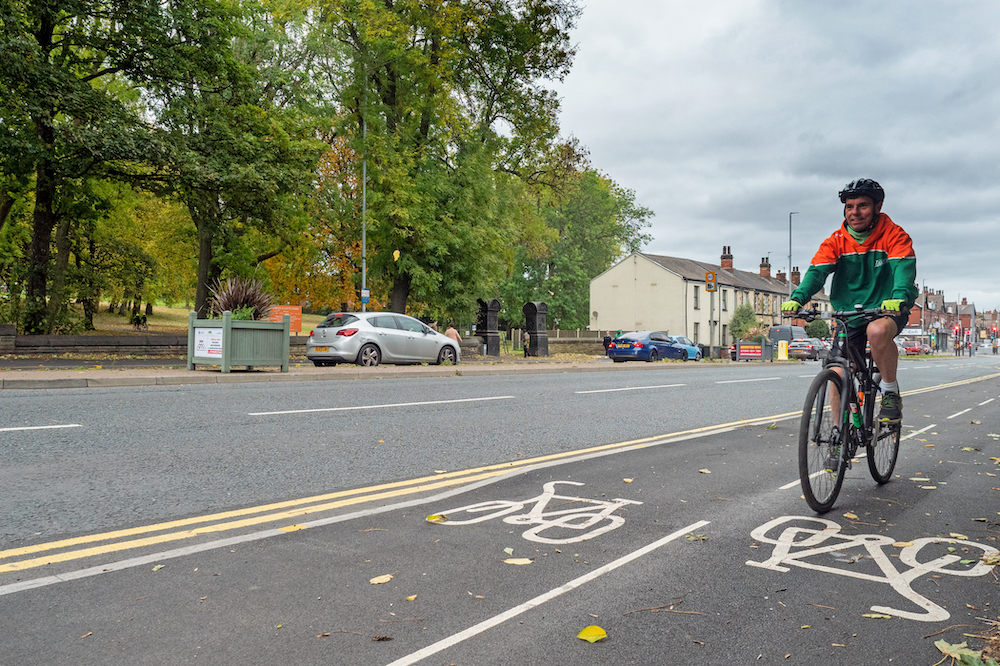 People are being invited to have their say on plans to extend the Dewsbury Road cycle route delivered in partnership by Leeds City Council and the West Yorkshire Combined Authority.

Under the plans, an additional 1km of two-way cycle track will be added to the city centre end of Dewsbury Road. 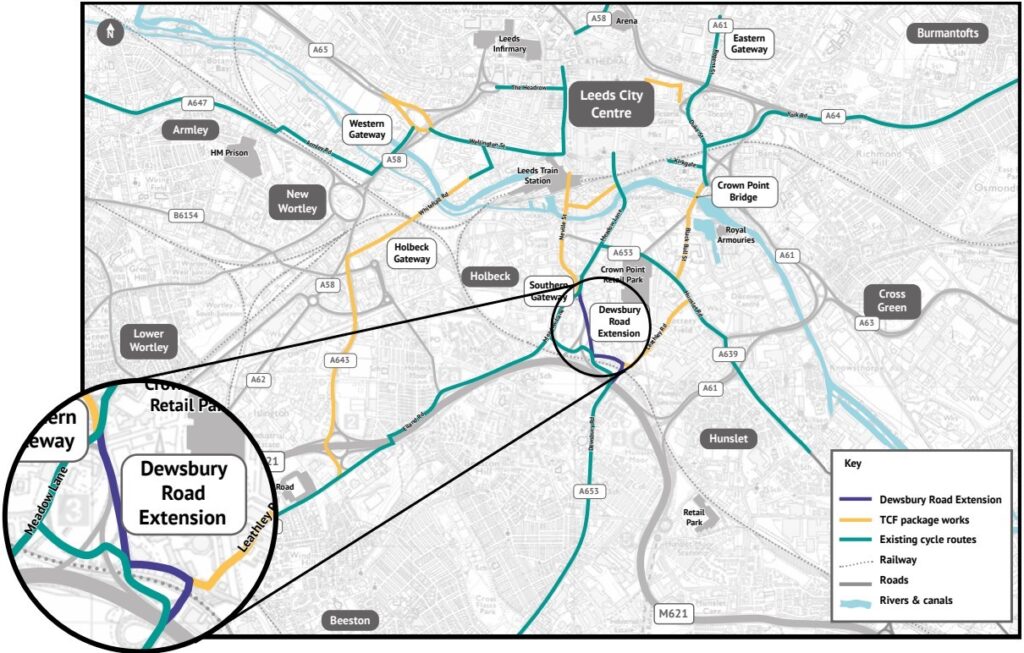 The Dewsbury Road extention will use part of underused two lane Dewsbury Road and Parkfield Street coming out of the city centre. This will allow for a 3m wide two-way cycle track as well as a widened footpaths and improved side road crossings. You can find a more detailed description of the plans by clicking here.

The consultation runs until midnight on Tuesday 15 March. Find out more information and have your say at www.yourvoice.westyorks-ca.gov.uk/drl

An online information session will be held on Monday 28 February, 5:30-6:30pm where you can learn more about the proposals from the project team and ask them any questions you have. Follow the link above to join the event.

A separarte scheme will see the cycle route extended from the Tommy Wass junction to the White Rose Shopping Centre and Office Park, the consultation on these plans closed in December.

The Dewsbury Road extension is in addition to the 4.5kms of new fully segregated two-way tracks planned across the city centre to create 11km of cycling routes, following a consultation on five other sections last year.

The schemes are aimed at making it easier to cycle and walk across Leeds city centre, whether that is for shorter journeys or as part of a longer journey by public transport.

“It’s important that everyone in Leeds can access the growing cycle network across the city and I’m pleased to see these proposals coming forward to provide a vital link to communities in south Leeds.

“It’s always important to remember that as well as being a primary way to get about, cycling and walking can play a part in bigger journeys. That’s why I’m pleased to see how this scheme will improve further the cycle access to Leeds railway station, enabling people to extend their trips by train across West Yorkshire and beyond.

“We want to make Leeds a cycle friendly city by embracing cycling as a normal everyday activity for everyone. We are working on greater and improved connectivity and with more appealing public space to make that vision a reality.”

“Making it easier to cycle and walk is a vital part of my commitment to make transport work for people and tackle the climate emergency on our way to becoming a net zero carbon economy by 2038.  That is why I am pleased to see plans progress to extend the existing Dewsbury Road cycle route.

“A better and more inclusive transport network goes beyond getting people from A to B.  It is about making sure everyone can access job, education and training opportunities and getting all of us — our people, our communities, our businesses – to where we want to be as a region.”

“We are pleased to be working in partnership with Leeds City Council on this important scheme, which will plug an important missing link in the existing network, and I would encourage everyone to make the most of this opportunity to have their say by taking part in the public consultation.

“From connecting us to the places we need to go, to reducing air pollution and congestion, and boosting our physical and mental health, we know getting more people cycling and walking has a vital role to play in making West Yorkshire an even better place to live, work and play.”

The five areas consulted on previously were:

The first phase of the Holbeck Connector is now complete, with work on the second phase due to start in spring.

Construction work is also due to start on the Crown Point Bridge Gateway in the spring, with the Western Gateway and Southern Gateway on site in the summer.

These routes are part of a £7 million package delivered by the council in partnership with the Combined Authority through its Transforming Cities Fund programme, which is aimed at making it easier to walk, cycle and use public transport.

Once completed, the six sections will complement the new Elland Road and Dewsbury Road cycle routes, which opened last autumn, and has been delivered through the Combined Authority’s CityConnect programme.