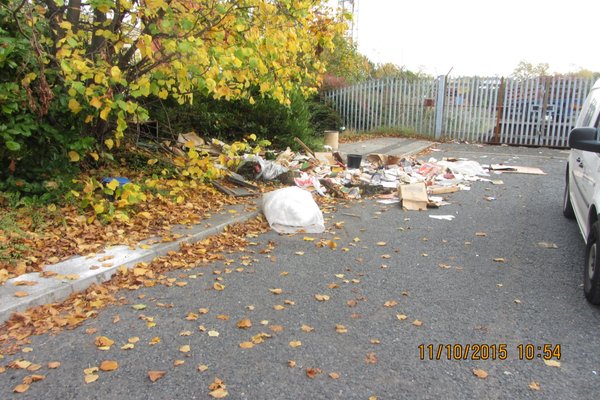 Local councillor, Elizabeth Nash, welcomes the no-nonsense approach Leeds City Council have taken towards fly-tipping in the area. Court action was taken by the Council to fine a local van owner who had been using his van to illegally fly-tip rubbish in the Telfords area.

Alex Wormald of Cowper Street, pleaded guilty at Leeds Magistrates Court this week to five offences of allowing his vehicle to be used for fly-tipping and one charge of failure to produce waste documents. In total Mr Wormald was fined £4052.95, including costs and a victim surcharge, for six offences in relation to the Environmental Protection Act 1990.

In order to secure this prosecution, the council provided evidence which included CCTV footage of fly-tipping offences being committed on Telford Terrace in Hunslet.

“People in the Telfords and elsewhere in Hunslet are sick of people dumping their rubbish in our area. My council colleagues and I are very glad that this culprit has been caught and fined. We appeal to our residents to take the vehicle registration number if they see anyone dumping rubbish so that we can pursue them.”

“We have a clear no tolerance policy to fly-tipping and anyone caught dumping their rubbish illegally or allowing their vehicle to be used to commit the act can be assured that action will be taken against them by the council”.