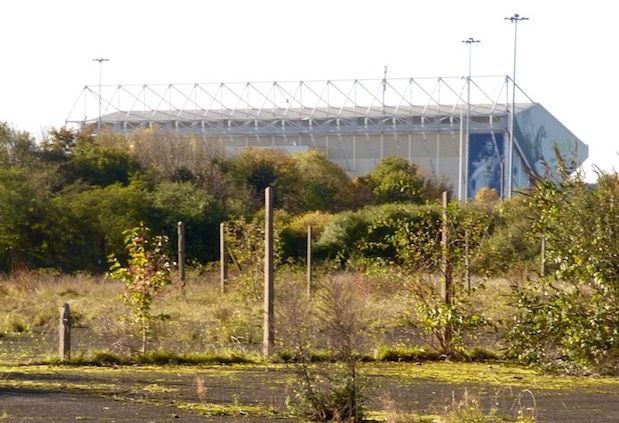 A recommendation that Leeds City Council seek to sell a site to the owners of Leeds United that has been earmarked by the club as a home for a new training ground and academy in the city, is set to be discussed by senior councillors next week.

As part of a meeting of the council’s executive board on Wednesday 18 September 2019, members will be given the opportunity to discuss and approve a proposal that the former home of Matthew Murray High School in south Leeds, is formally made available to the club as a location for the club’s official training facilities for senior and academy players in addition to a community sports hub at the Elland Road site. Facilities initially identified for the site by the club described as ‘world class’, include; high performance sports pitches and gymnasiums; nutrition facilities; medical rooms and teaching and staff facilities. It is proposed that the training ground would be designed and delivered to Category 1 status – a requirement of the Premier League for training and academy facilities, and would support the club’s vision of creating a talent development pathway for young people in the inner city.

If approved by the executive board, Greenfield Investments (majority shareholders of Leeds United) will be offered a 12-month exclusivity option to undertake further investigative work, including site surveys, to ensure the development of the football training facility is feasible. If this is the case, and the club enter into a conditional contract to acquire use of the site, they will be required to submit a detailed planning application within the subsequent next 12 months, which will be subject to a detailed and full public consultation process.

Also set to be discussed at the Executive board as part of a separate report is an update on proposals to develop a ‘Parklife’ programme in Leeds, which could include Elland Road’s Fullerton Park site. Subject to agreement and a majority of the necessary funding for the initiative being agreed from the Football Foundation, which would also include a contribution from the council, the Parklife scheme at Fullerton Park would feature a range of facilities for a community sporting hub. Facilities would include; four 3G artificial grass pitches; community café with meeting rooms; a potential doctors surgery and pharmacy, fitness gym and studio; changing rooms including a Changing Places facility and a new 100 place car park. In meeting the council’s ambition to provide high quality sports and community facilities in Holbeck, the development will also support Leeds United in their aim be at the heart of the local community and offer a close and important link with their proposed new training ground at the old Matthew Murray school site. If approved by executive board, it is proposed that a design and cost report on the Fullerton Park scheme will be brought to the executive board at a later date. Others sites identified for a Parklife scheme in Leeds include; Woodhall Playing Fields; Green Park, Thorpe Park; Boddington Hall, University of Leeds. If given the go-ahead, 10 3G playing pitches and one full size grass pitch would be created across Leeds through the Parklife initiative as part of the bids the council are directly overseeing. Separately, Leeds University are also delivering 3x full size pitches and one natural grass pitch as part of the Parklife project.

This proposed investment through Parklife, sits aside a range of significant schemes the council is supporting to create and also improve facilities for local clubs and organisations across the city. Over the last 10 years, the council has worked closely with the Football Foundation on football-related developments, such as new pitches, changing pavilions, grass pitch upgrades and pitch maintenance machinery in the city totalling over £10m.

“By selling this land at the former Matthew Murray school site to support the club’s ambitions to build a new world class training ground, and with the potential development of a new Parklife hub at Fullerton Park, Leeds United will be returning right back in the heart of our city and communities with world class facilities.

“We believe this range of public and private investments will not only support the club in their aim of returning to the Premier League, it also has the potential to provide important new local facilities. Through the Parklife development at Fullerton Park for example, we are currently evaluating the possibility with the NHS of a new GP surgery and pharmacy being based on the site.

“If approved by executive board, we have made a firm commitment that a full consultation process with local people and representatives will be undertaken around the plans for the new training ground, when detailed plans are developed as the next stage.”