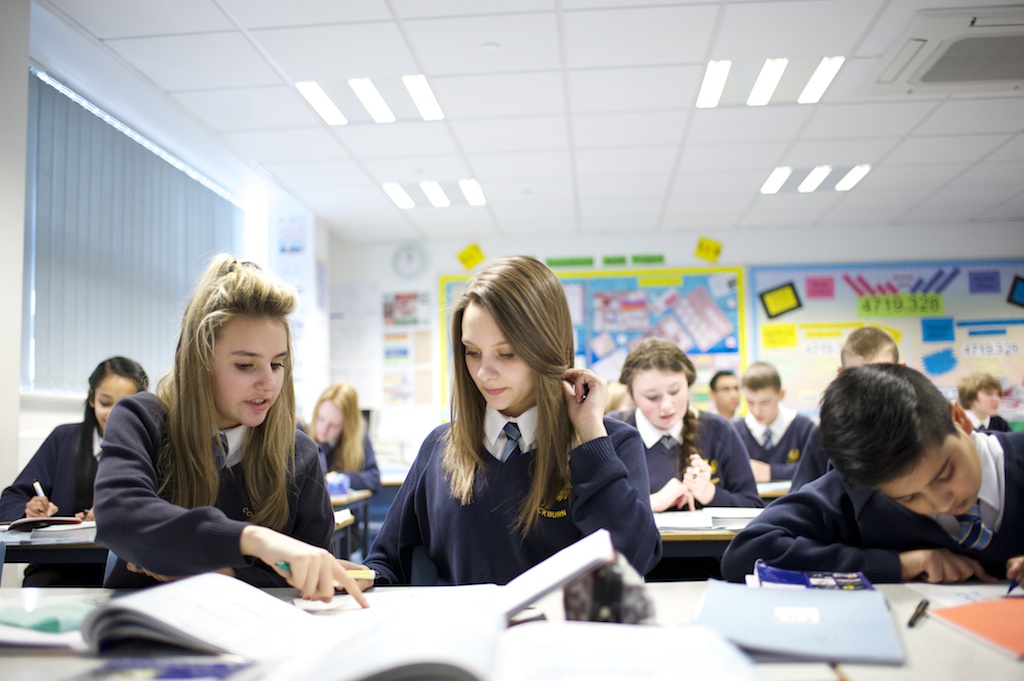 Cockburn School and Leeds City Council are building strong foundations for the future of 300 Year 7 students so that local children can attend their local school.

In March, South Leeds Life reported that Cockburn School joined local councillors and the council to work closely together to find ways to address the shortfall of places in the area by offering an extra 60 places. When approached by Leeds City Council, and on hearing the concerns from the local community, Cockburn School moved swiftly to realise a way to ensure that more children in the south could be part of the Cockburn community.

Cockburn School was refurbished and rebuilt in 2010 under the Building Schools for the Future scheme to accommodate 1050 students – 210 per year group. Because of the constraints of the site area of the school, the amount of land available for outdoor sports and activities fell short of government requirements for a school of this size. The school has found it extremely challenging to deliver the National Curriculum for Physical Education with the facilities available.

At the request of the local authority, to meet local demand, student numbers at the school have increased year on year and are currently 1250. This is 200 more students than the school was designed for, with every year group having substantially more than the intended year group size. The school had no intention of taking any additional students due to the building and site being beyond full capacity. However, the school agreed to an additional bulge for 60 places from September 2020 to help local children and families within our community.

This will increase student numbers at the school to 300 in Year 7. There are now more students across all years in the school and this equates to a full additional year group. The need for this expansion has, therefore, not been driven by the school but by a large population bulge, together with the concerted action of a number of local councillors, Children’s Services and concerned parents/carers whose children had been allocated schools at the other side of the city because of a shortage of places. The council’s efforts to work with Cockburn School to secure these places was met with great positivity by the parents/carers of students now not having to travel such a great distance.

Leeds City Council asked Cockburn School to submit a detailed needs analysis based on the requirements of the school timetable. The required and planned work to meet the needs of the additional students and their journey from Year 7 to Year 11 involves the provision of a modular classroom block to be built on the school site which is required for September 2020. This additional accommodation will enable the school to deliver the National Curriculum to the increased number of children on the school roll. For example, the school now needs additional classrooms and science laboratories to meet the needs of the timetable. A detailed budget report was produced by the council and not the school as the intended project is being delivered by Leeds City Council.

There is also a need for additional sports facilities including a pitch to allow the school to deliver the National Curriculum to the increased number of students. This would need to be outside of the current school footprint because the existing school site cannot accommodate this. The local authority offered some land that is right next to the school, away from local residents and on the site of the former private South Leeds Golf Club. After exploring all options, this became the only viable solution.

Middleton Park and woods, together with the south Leeds golf course, comprises hundreds of acres of land for community use. The expansion plans from the local authority for Cockburn involve 7.4 acres of what was previously a private fee-paying golf course, and involve improved facilities for the children and community of south Leeds to meet the needs of the school and local community.

Cockburn School has worked hard with the local community to reduce the number of cars parking on Gipsy Lane. An area within the existing site at the rear of the school will be made into a permanent car park that would mean that an additional 47 staff cars would park on the school site rather than on Gipsy Lane. This would have such a positive impact upon reducing the amount of traffic parking on the road and make it safer for residents and students from the school. The school intends to use the existing hard-core access road for this car park. The cobbled part of the public footpath will remain for public use and will not form part of the school site. All this can be seen in the plans below: 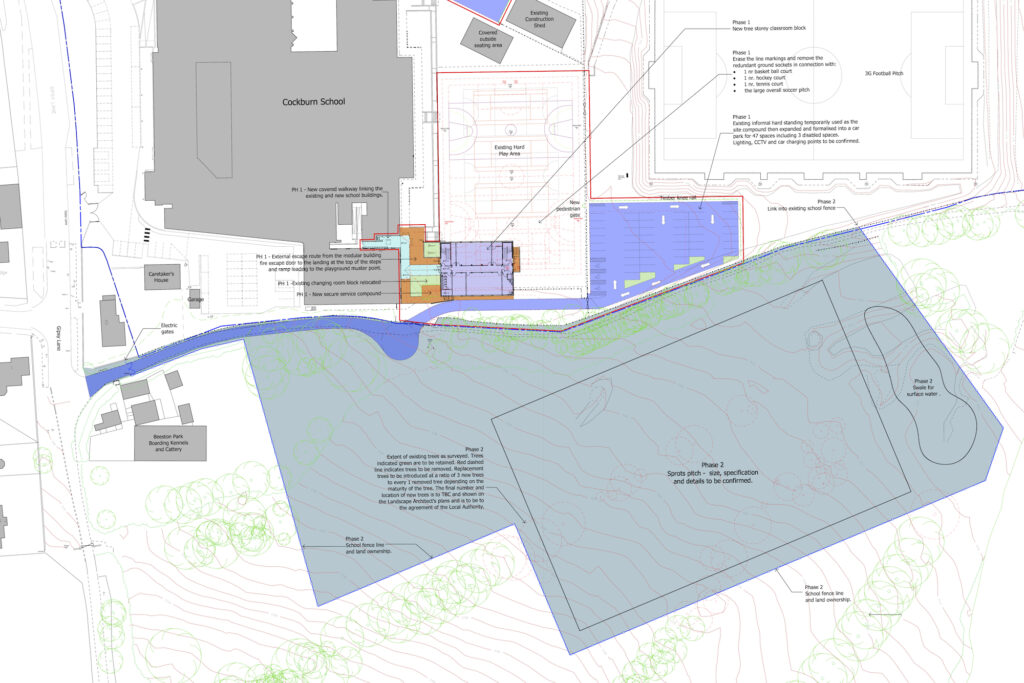